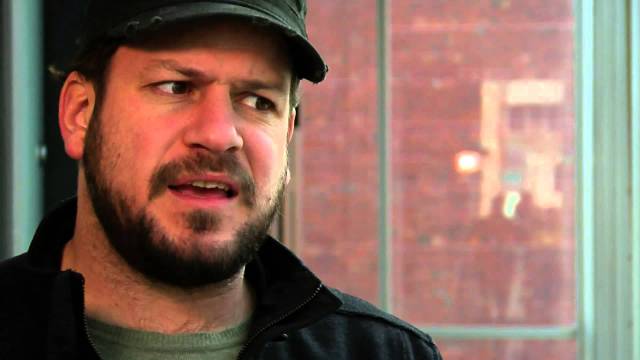 When I met with Jimmy Larouche, it was ostensibly to talk about his new film, Antoine et Marie: about the genesis of his idea, about the experience of shooting the film, about working with the actors — the stuff you usually talk about in an interview for a film that’s about to come out (see that conversation here).

But that’s not all he had to say: for Jimmy Larouche, there’s nothing off-limits about the nitty-gritty dollars and cents when it comes to discussing his work. He stands as a rare (though it must be said, not unique) breed in the Quebec cinema landscape: a filmmaker who self-finances and self-distributes with no input from institutions. Larouche therefore has a vested interest in his films making money: since he doesn’t get a salary from the film’s budget, any and all profits directly become his income. He’s also not shy talking about what it takes to make any money with a film on the local scene.

“A lot of people have tried it, but with La cicatrice, it worked. We came out on 17 screens, we sold the film on DVD, through iTunes, VOD… It had the same run… in fact, it had a better run than many independent arthouse films that get distributed by big companies. I think the reason those companies accept to distribute this kind of film, more often than not, is because they receive financial aid from Telefilm and the SODEC which allows people to draw salaries and everything, but there’s not much push behind it,” he explains.

“I know a lot of people who took the route of going through major distribution channels to get a release of the same size as mine and they were very disappointed. There’s no money that comes out of it. The companies find expenses everywhere that they need to cover, and you come out on the other end without any money at all.”

By cutting out the middleman, Larouche ensures that his film’s profits are also his income. “I live off it… well, I’d say I survive off it, more than live!” he laughs. “I don’t make much, but what little I make comes back to me. La cicatrice, for example, we sold to Super Écran for $25,000. I had a distribution agent who helped me land the deal for a percentage of that profit, but roughly 90 per cent of it comes back to me. DVD sales, we made about $12,000 — I made about eight or nine grand off that. I don’t cut myself a salary from my budgets — or if I do, it’s minimal, just enough to survive.”

It’s also important to note that La cicatrice’s profits came entirely from Quebec. The film was not sold to any foreign territories, meaning that Larouche is also tasked with getting people to go see his brand of intimate dramas in a small market where even the most commercial blockbusters rarely make more than a couple million. That doesn’t exactly translate to baller status.

“I do it purely by passion. What I love to do most in life is make films,” he says. “I don’t really care what happens. I have an immense capacity to tolerate discomfort and insecurity, thankfully, or else I wouldn’t be able to do this. From a financial point of view, it’s tiny. We made 25 grand from the Super Écran sale, our biggest sale — I got $12,500 then and I’ll get the next $12,500 in September. When you think about it, it’s not much for an entire year. I make between 15 and 20 grand a year, that’s under the poverty line! Last week, I had to call my little brother to borrow some money because I was flat broke. It’s always more or less like that.”

Many Quebec directors turn to the lucrative world of commercials to pay the bills between films; while that’s something that Larouche has considered, it’s not exactly his choice.

“I could probably direct commercials, now that I’m starting to be a little known. It would certainly give me good stuff to put in my reel but… fuck, I don’t feel like directing commercials, to be perfectly honest, ” he laughs. “They’re extremely lucrative, but from a political point of view I think I have a certain social conscience that makes it hard to fathom that I should be receiving $30,000 to make a car commercial. People aspire to get a brand new car — what does it matter how old your car is? If it works, it works. I have to sell that lie to go and get 30 grand — that doesn’t sit well with me.

“I did make one recently, a commercial against austerity measures, because that makes sense to me. I’m not terribly in favour of austerity, so when a union phoned me up to ask me to shoot it, it seemed like a no-brainer. I’m not entirely against the idea, but I’d have to be okay with it morally.” ■