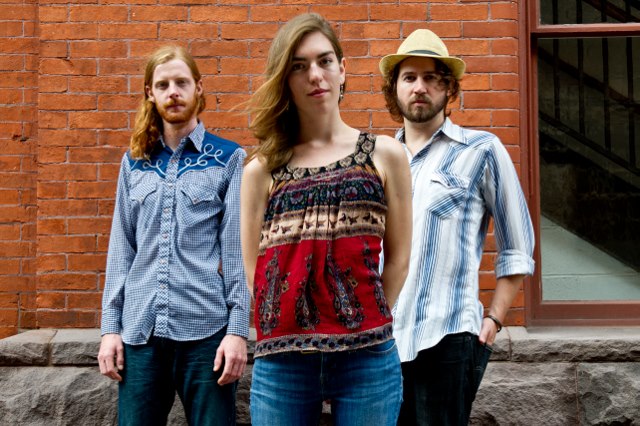 The Montreal Folk Festival starts on Wednesday, June 17 and runs through Sunday, June 21, and this eighth edition sees a significant evolution in the annual Southwest Montreal event. The Lachine Canal remains the site of the festival’s outdoor stages, but for the first time they’ll be set up on the Centennial Esplanade at St-Patrick and Pitt.

“It was just time,” says Folk Fest organizer Matt Large. “We kind of outgrew the Charlevoix area, though we loved it there. We had a well-oiled machine going on there, whereas now we’re walking into the breach.”

The site will feature an expanded camping zone and kids zone, the latter featuring young musicians and adult kids’ entertainers on the Lhasa de Sela Youth Stage. (The Lhasa de Sela Youth Bursary for Excellence in Music is also being expanded, funding instruments and music software for two kids and raising funds to donate instruments to schools.) Large explains that the Montreal and Emerging Artists stage, featuring established local acts as well as up and comers, is the same size as what used to be a Folk Fest main stage, while the new main stage is more than twice the size.

In addition to the festival’s outdoor component, there are more indoor venues, including St-Henri’s Bar de Courcelle, which will have bands during the week and DJs on the weekend, as well as Espace Notre Dame, where Montreal/Ottawa band the Noisy Locomotive and Winnipeg’s the Crooked Brothers will play $10 concerts. The Centre Culturel Georges Vanier and Paradoxe theatres will host major concerts by American folk/blues man Tom Rush and Canadian legend Bruce Cockburn, respectively, while Studio Victor will house a show by locals the Echo Hunters and B.C.-based Latin jazz artist Alex Cuba will play the Corona.

Among the many performers at this year’s Folk Fest (including Cult MTL faves Basia Bulat, Miracles, Kandle and the Krooks and Sarah Jane Scouten), Large highlights Montreal’s Bound and Tethered as a hidden gem. “They’re an amazing new duo that we really wanted to provide a space for this year, and they have a new EP that they’re gonna release at the festival. Stefanie Parnell is part of that duo, and she’s been working in Montreal for years in a number of different bands and under her own name. She’s an amazing singer someone who we think is gonna go really far. We’re all super stoked for that.”

Another act eliciting a lot of excitement is Pennsylvania’s the Stray Birds. “They’re kind of darlings of the folk music circuit right now, an American three-piece band making their Montreal debut here. They’re a really cool old-timey, folky kind of band that will appeal to the Gillian Welch, Old Crow Medicine Show crowd.” ■

See the complete Folk Festival on the Canal program here.