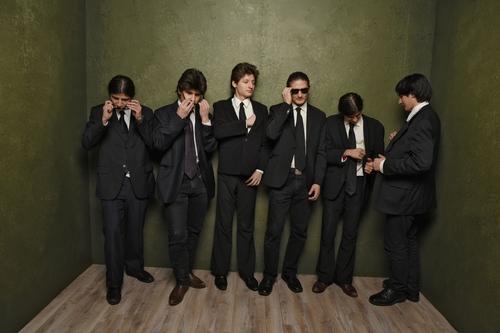 The Angulo brothers, stars of The Wolfpack

Produced by Vice Films, The Wolfpack is a fascinating documentary about a family whose seven children were confined to their Manhattan apartment for over a decade, with movies as their only escape. Read our review and watch the trailer here. Cinéma du Parc (3575 Parc), 4:45 p.m. & 8:45 p.m., $12/$10 for seniors, 13–25 & matinees

Due to popular demand, the Segal Centre has extended the run of The Apprenticeship of Duddy Kravitz: The Musical for yet another week, till July 12. But that doesn’t mean tickets are plentiful. There may still be tickets available for tonight’s performance. 5170 Côte-Ste-Catherine, 8 p.m., $58/$52 seniors/$40 under 30/$32 students