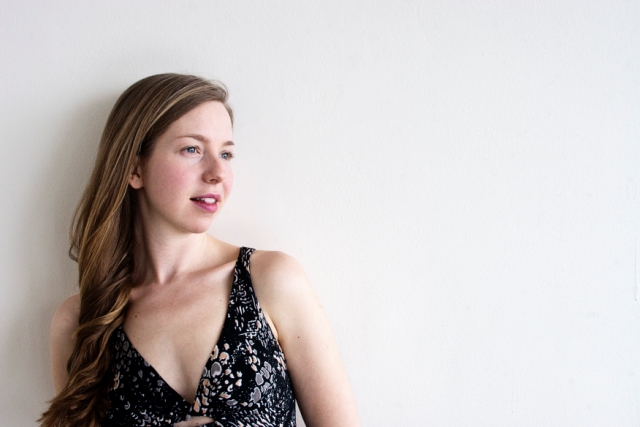 Montreal singer-songwriter Emma Frank has long been linked to the genre of jazz, and it’s no wonder. The 27-year-old singer is at the Jazz Fest this weekend, she’s played all the local jazz clubs and the company she keeps working and playing at local venue/café/restaurant Resonance includes some of this city’s most active improvisers and instrumentalists. Among them are the bassist in her band, Martin Heslop (who co-owns Resonance) and Isis Giraldo, who sings and plays piano with Frank. But like the range of other acts that play Resonance, Frank’s music isn’t strictly jazz, but the sum of a lifetime of influences, from folk to R&B to pop to the jazz standards she’s been singing since she was a toddler.

And yet jazz remains the easy slot to fit Frank’s sound into. Shortly after the April release of her latest album The People We’re Becoming, she appeared in the Best of MTL readers poll as #3 Best Jazz Act, rising up from #6 in the previous year’s poll. Having lived in Montreal for nine years, since moving from her native Brookline, MA  to study at McGill, Frank has become embedded in the local music landscape, something she didn’t imagine when she first arrived here at the age of 18.

“The first musicians that I saw play in Montreal were Kalmunity, and I was like oh my God!” she recalls “I really lost it. I saw Malika Tirolien sing and since then she and I are buds. I admire her so much. I had never heard a voice like that before in my  life. I was freaked out.”

Shortly thereafter, Heslop was among a trio of musicians that Frank was wowed by. “It was a wedding that my a cappella group was performing at,” she says. “My first thought when I saw them was oh my God, I can’t believe there are people that play music like this. For them it was just this wedding gig, but I hadn’t really heard improvisers that touched me in such an intense, visceral way.

“I found myself drawn to the jazz community even though I didn’t have a background in improvising. The level of expression and depth of expression that I look for, I saw that so much among the improvisers in Montreal.”

Frank’s admiration for improv moved her to alter her songwriting technique to make room for her musicians and their morphing sounds.

“I’m a songwriter but I really love improvising so I create a context for myself to be improvisitory without taking solo, and create songs that will inspire improvisation and create space for my band to feel expressive and free, and compositions that can survive mutations. With a lot of pop songs, if you don’t play the beat exactly the way it’s written, you’ve lost the composition.”

The local improv scene is alive and well at Resonance, where (much like Casa del Popolo before it), a scene has grown out of the Parc Avenue space. But it’s by no means a hipster hub for people living the traditional musician’s life.

“It’s funny, I used to think I’d never be able to play music because I don’t stay out till 4 a.m. binge drinking,” says Frank.

“The vegan jazz community, what is that?” she adds with a hearty laugh, referring to the reputation that Resonance has gained. “I’m not vegan, but I’m a sensitive person and taking really good care of myself is a pretty big priority for me. Eating well, getting lots of rest , not drinking and doing drugs — it helps me feel happy and normal. So it’s awesome to be in a community that’s into gardening and hiking and doing yoga. It’s a more holistic attitude, and that’s very comforting.” ■