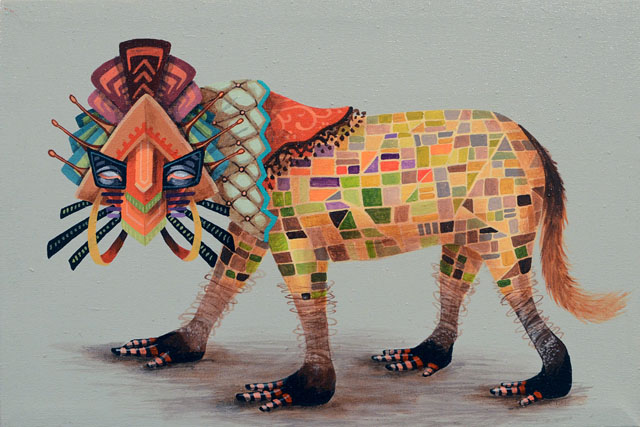 Work by Curiot, appearing this week at Mural Fest

Friends, I hope you’re ready for this because this is one huge week in arts. Don’t let the cool temperatures of the past few days deceive you—we’ve just jumped headfirst into June, which means non-stop festivals, sidewalk sales, block parties and special events stretching as far as the eye can see into those lingering summer evenings. Many of these have a visual arts component, so is it any surprise that there are no less than 30 different art openings and events happening across the city this week?

Today, Thursday, is a huge day with the beginning of Mural Festival featuring live murals going up along the Main from visiting street artists like Nychos, Faith47 and Curiot alongside local favourites like MC Baldassari, Earth Crusher, Melissa Del Pinto, XRAY, Monk.E and many more. In addition to the murals, Mural Fest (running from June 4–14) also offers a program of film screenings, conferences, guided tours, concerts and parties. Take note though, you’ll have to dig into your wallet for nearly all of those things — even the outdoor daytime block parties, which strikes me as pretty lame for a taxpayer-funded “public arts festival,” but I’m cynical about these things. For your fill of free and monetized Mural Fest programming, check the official website for details.

While you’re in the Mural zone Thursday, don’t forget to pop into Station 16 for the vernissage of Nothing Exists by the L.A.-based artist collective (and 2014 Muralists) Cyrcle, exploring the Existentialists’ old question of whether nothing is in fact something, especially within the empty (?) space between things as small as electrons and people or as big as planets and egos. 3523 St-Laurent, Thursday, June 4, 6 p.m.

Ready for Friday? Back at the Mural Fest, check out the vernissage for an art fair with several participating local galleries including Yves Laroche, Galerie C.O.A, Galerie D’Este, Espace 40 and more, on display this weekend only. 3527 St-Laurent, vernissage Friday, June 5, 3–8 p.m.

If you head north on Friday, you’ll find a brand-new art space called the ArtGang Gallery in the St-Hubert Plaza, opening with a vernissage featuring works on paper by Miss Van and Nuria Mora. 6524 St-Hubert, Friday, June 5, 5 p.m.

From there, you won’t be far from Death of Vinyl where you can see new works by emerging artist Morag Rahn-Campbell, featuring a variety of painting, drawing, and prints. 6307 St-Laurent, Friday, June 5, 6 p.m.

Friday offers some activities in the south of the island too, with the group show Canadian Bacon setting up in the old port. Check it out the weekend-long fair for works by dozens of Canadian artists like Jason Botkin, Naïmo, Astro, Isabelle Demers and Catherine McInnis. 620 St-Paul W., Friday, June 5, 5–11 p.m.

On Saturday, head to the temporary Galerie Elektra in the Mile End’s Complexe de Gaspé for an Elektra Festival show called Coincidence Engine One: Universal People’s Republic Time by [The User] (Emmanuel Madan and Thomas Macintosh). In this piece, the viewer approaches a polystyrene amphitheatre outfitted with hundreds of clocks, ticking in unison, making for an unusual sonic and spatial experience that calls back to this year’s Elektra Festival theme “post-audio.” 5455 de Gaspé, #104, Saturday, June 6, 4 p.m.

In the Mural Fest zone, head to La Centrale Galerie Powerhouse for an outdoor silk-screening workshop and sidewalk sale in conjunction with the World March of Women. While you’re there, pop inside for a peek at the current exhibition, Lessons in Pipe Dreaming and How to Facilitate Future Living by Stephanie Cormier. 4296 St-Laurent, Saturday, June 6, 12–5 p.m.

Finally, Saturday brings a new group show of over 30 artists at Galerie ABYSS, this time with a theme of Fairy Tales. Works on display include those by Future Lasor Now, Alexandra Levasseur and Isaac Joseph Holland. 1520 Notre-Dame W., Saturday, June 6, 7–10 p.m.

It’s a busy week, and these are just highlights! Check out the full listings below for even more arts events around Montreal.

A Symphony of Talent – Group Show

Can’t Take My Eyes Off of You – Kai McCall

An Annotated Bibliography in Real Time: Performance Art in Quebec and Canada

Lessons in Pipe Dreaming and How to Facilitate Future Living

Waters Upon the Earth – Jennifer Meanley