What happens when someone goes on a long spiritual journey to find the meaning of life, finds it, and immediately commodifies it to sell back to those still searching? And no, I’m not talking about Mad Men’s Don Draper.

Nadia Ross is the founder and artistic director of STO Union, the experimental theatre company presenting the theatre-video-installation triptych What Happened to the Seeker: Intimacy With a Thousand Things this week as part of the Festival TransAmériques (FTA). In the work, Ross portrays a woman born in 1965 to parents who had turned on, tuned in and dropped out by travelling to India as seekers, those baby-boomers who went abroad to escape the emptiness of keeping up with the Jones’s. Her character, now disillusioned with the way her life has turned out, decides to retrace her parents’ journey and, instead of finding refuge and spirituality in India, she discovers a Disney-fied yoga mall where enlightenment is achieved by buying the right products.

“On one level, it’s the personal story of a woman who’s disappointed, whose dreams have not come true — a classic mid-life crisis,” Ross explains over the phone. “On the other hand, it’s the story of a generation, and their expectations and what happened to those.

“She’s propelled by the air she was born in. In the late ’60s, you were born into this atmosphere that everything was just going to get brighter and brighter. Women had finally gotten their rights, the whole spiritual thing was everywhere. She was born into that. It infiltrates her and she has expectations.” 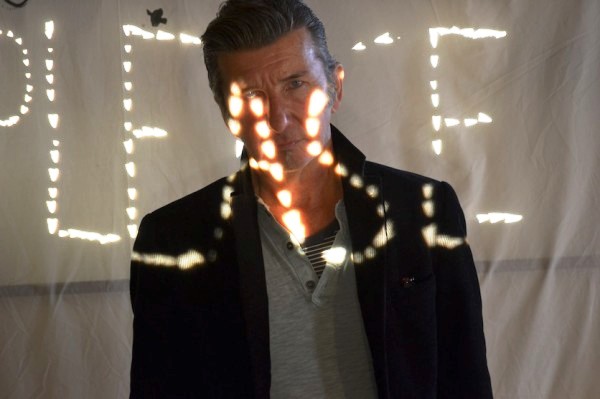 Ross’s installation follows this Seeker, the now middle-aged child of the ‘60s, as her feelings of failure over unmet expectations lead to a crisis where her life explodes into 1,000 fragments. Triggered by scenes of police violence against peaceful protesters during Toronto’s G7 meetings in 2010, the Seeker begins to question where her generation went wrong in a process that’s presented with a combination of video, exhibition, installation and performance.

“What comes out of this explosion is all these different art pieces,” Ross tells me. “This installation, these movies — they all just sort of come out of her. The thousand things are really elements from her life. These things come out of her so she’s able to look at them and become intimate with them in a different way. It’s no longer her experience. By objectifying these elements and these events that happened in her life, they become sort of unreal to her and they disappear. What’s left is nothing, a kind of emptiness, a void, a kind of space, and she rejects that. Eventually she has to look at that again and wonder and explore what that void is, what that nothingness is, what that space is — and is it in fact something of value that we should be looking at more closely ? She asks that question and tries to bring the audience through that question as well.”

To find answers to these questions, she travels to India to discover whatever happened to the spirit of the 1960’s that brought her parents and their peers to the gurus and ashrams of India.

“She goes to India to see what’s happened and of course it’s become completely commercialized,” says Ross. “Now, these places are really bourgeois for the most part, so it’s a mirror of what’s happened in her lifetime to these impulses. They’ve been very much co-opted. People want enlightenment, but they want it with a bourgeois lifestyle.” ■