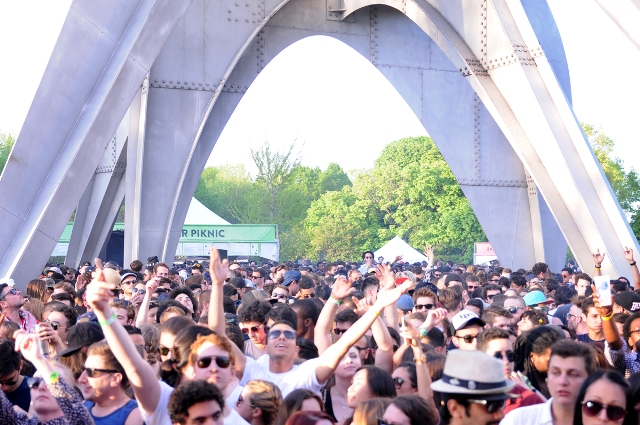 Yes, summer doesn’t begin for another month, but really, who are we kidding? Timing the start of the hot season with the solstice is a mere technicality. A better marker for summer’s kick-off could be the beginning of Piknic Électronik, the weekly Sunday afternoon/evening dance party, which just launched its 2015 season.

A total of 17,000 party people descended on Parc Jean-Drapeau over the long weekend to dance and chill in Place de l’Homme. On Sunday, DJs including the Drifter, Mano le Tough and Gold Diggerz played to a crowd of 11,000, while 6,000 attended Monday’s sunny, sweaty and soaked dance-off (record numbers for a Monday, according to organizers), where DJs Laura Scavo, Heidi, Walla P and Dr Mad moved the crowd through shifting weather conditions.

Cindy Lopez captured the mood on both days: