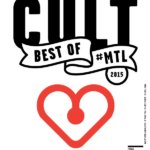 The Best of MTL issue is always so well-timed. With the arrival of May and the ability to enjoy the outside world freely again comes a unique opportunity to rediscover the city. Celebrating what we like best is essential because Montrealers are often Montreal’s harshest critics. This rings truest in our nightlife. How often have I heard from people who honestly believe the scene ended the second they stopped going out? Too many. Yet we’re still known far and wide as one of the best party cities in the world. So in order to put our nightlife in a global context, I’ve chosen 10 local DJs who’ve taken their show on the road and asked them a few questions: How has touring changed their perception of Montreal? What city is their favourite to play in and what aspect of that city would they like to see more of here? What is the most unique thing about playing here? And what I gathered from the answers is that despite the room for improvement, we have a world class city in more ways than one.

Even with all the touring, we can safely say that Montreal’s nightlife is not for amateurs. It can be hardcore in a nutshell. Our favourite city to play in? Burning man if you could call it that. Our favorite aspects would be the art cars of course and the free spirited/openness without a care in the world for that moment in time. Otherwise Berlin and Bogota for their mature and educated clubbers with attitude. The most unique thing about playing in Montreal is that people are up for anything, all the girls are bi, it’s full of surprises, can go on all weekend without driving far, and when all it’s all said and done you can get a poutine after!

There’s really something for everyone in Montreal. In other places, clubs can either be really bottle-centric, or on the other end of the spectrum, really raver/EDM heavy. I feel you get a good mix of everything in Montreal. We recently played in Seattle and it was definitely one of our top parties. There were people from all ages and backgrounds partying together. Sometimes the smaller events in Montreal can be really geared towards only one particular scene. It’s always good when people come together! The most unique thing about playing in Montreal is that people are really accepting of different musical styles. You can have an underground techno DJ playing for 10,000 people, a lot of whom might not be familiar with the DJ but they’ll still enjoy it. I think you get a good reflection of that in the type of music that’s coming out of Montreal. There are producers and artists who are killing it in multiple genres because they can all have a strong local backing to support them.

Touring just confirmed the thoughts I always had. Montreal has a good ear, it does love well curated events and sounds. A lot of places I’ve been, it’s about “Where’s everyone goin’ tonite?” without knowing who is performing or anything so that’s why you’ll hear the same set from all the DJs that are trying to flood the scene. Here we do get quality bookings that are a bit more intimate and refreshing for artists. My favourite gigs so far have been Oakland and Los Angeles, playing a strip club with Migos, Og Maco and Tm88. I would love to organize a strip club/rap show with some fools from the States but on paper it scares the city. It ain’t ready for such controlled chaos. The most unique thing in Montreal is not just that you can yell a “AYOYE !!” on the mic and get everyone hyped, it’s also that people are ready for new sounds. You can play stuff that nobody knows and people will dance and enjoy themselves and that’s the essence of going out.

Every city has its core of key DJs, promoters and music lovers holding their scene together for the right reasons. Touring showed me that we’re seriously lacking in record stores for active club DJs buying new releases on vinyl. Also, after playing lots of gigs that end at 7 a.m., our 3 a.m. closing time is just fine by me! While touring, my favourite was Belgrade. I played in a club called 20/44 which is on a boat (we need more boat parties!) and has a very David Lynch atmosphere to it. The whole region has a rich history in jazz and funk, which makes crowds very receptive towards music rooted in black culture. Great food, nice people, good record-digging and the size of the city makes you feel like you’re in Montreal… in a post-communist parallel universe. The energy from April to October is unbelievable but what always fascinates people in other cities is that Montrealers go out in the winter even when it’s -30 outside. What I’ve noticed in Montreal is a big improvement in crowds, and promoters becoming more open-minded musically. Scenes aren’t as divided anymore.

Touring exposed me to way more music, more culture and more perspective. I met lots of producers, DJs and promoters sharing the same passion, so it’s quite motivating. I’m super happy every time I leave Montreal for a tour but I must say that I’m equally excited when I come back and play for my people. That’s the base, the ground. I like London a lot too because the music scene is so big, diverse and innovative. I like the way that Caribbean music crosses over with electronic and pop music there. Really inspiring context. I wish it was happening more in Montreal. Also, I like to play in Geneva a lot, always good vibes and passionate people. Just came back from there. People are very receptive. I like DJing soca — can you imagine — DJing soca in Montreal and it goes well. I organized and participated in incredible events that will stay in my memory forever. When we did the Brigde Burner in 2007, 2008 and 2009 with Sixtoo (now aka Prison Garde) and Khiasma, that was just the most crazy shit ever. Special shout out to Karnival at la Nuit Blanche at Club Soda, that’s a super boost of energy and love every year.

One of the best things about touring is that you don’t know what to expect, but it can also be one of the worst. In Montreal I know what kind of crowd is going to be there, I know I can push the envelope when it comes to sound, and that they know how to get down. Being in cities where people don’t dance and enjoy nightlife the same way made me very appreciative of that in Montreal. Some of my favourite sets ever have been at festivals such as Panorama, Garorock and Trans Musicale. I have noticed such a difference in terms of gear and sound quality all over Europe compared to Canada in general. That is something I wish was taken more seriously throughout the country. Montreal and other cities have strict limitations on sound, but it’s something that should be addressed and taken into account as it is integral to a successful party. For a city that’s held back by clubs closing “early,” ever-growing sound restrictions and lack of cultural support towards a thriving party scene, Montreal sure knows how to make the best of what the city has to offer. Montreal is always going to go out and go hard, and as a DJ that’s the best thing I can ask for.

Everywhere I go, people tell me how much they love Montreal’s nightlife, or heard great things about it, and I totally get why. I’ve been to many cool parties here and they ran properly and safely all night. But from what I’ve seen internationally, Montreal’s nightlife would have greater potential if a wider variety of venues or clubs were available. In Paris, when they go hard, they go hard realll proper, like the Be Street Weekend Festival — that event was super badass! They had a huge, huge half pipe for skaters & riders, live graffiti artists & a legit bumper car rink right in the middle of the whole space, plus 50 pop shops selling exclusive goodies, from streetwear to fixie pieces. All that attracting more than 15,000 people, for a paid event, under one roof. That’s dope. Oh and the crowd was insane. I’d love to see more of that in Montreal. But, believe it or not, Montreal’s got one of the most unique street dance communities in the world. It kinda made me who I am as a producer and DJ. I feel super privileged to be part of an important piece of Montreal’s growing urban culture.

Touring actually made me embrace Montreal more. It’s like any relationship — sometimes you have to distance yourself to appreciate it for what it is and not what you expect her to be. A person can make an effort, work on some aspects but ultimately you have to either accept or leave. I embrace Montreal. What’s most unique about playing here is the diversity. Apart from here, there’s Berlin, where I love playing and attending events. I lived there for a year and I think what’s most seductive about the music/club/culture is the easygoingness of the whole process yet the profound respect and genuine interest you witness during most music-related events.

It’s tough to find another North American city that provides the mix of cultures, scenes and eclectic assortment of venues. Outside of Montreal, it’s been Denver. There’s something about the overall way they appreciate art and music. Everyone comes in without prejudice. It’s about the full journey, regardless of the artistic medium that it’s being experienced through.I’d like to see the use of well thought-out and themed outdoor venues more. I think Ile Soniq is on the right path. This one might be a bit biased simply because we’re Montreal natives. It seems as though our city has this surge of unrivaled raw energy that is easily felt when walking into a venue. We see it in the faces of people every time we play. The city is passionate about the arts and it shows. Our tastemakers are some of the finest.

Touring has made me realize how good we have it here. Montrealers are spoiled and most don’t even know it. You can go out every night of the week. There are venues for practically any type of music. Not to mention we have world class clubs. Favourite city outside of Montreal? Sao Paolo, Brazil. I like how their venues are in different parts of the city, not all clustered in one area. It would be nice for Montreal to have destination venues. Most clubs and bars in Montreal at one point were either on St-Laurent, Crescent or the Village. At least now there are clubs in Old Montreal. The most unique thing about playing here is when you look out into the crowd from the DJ booth, you see people from different cultures, religions, sexual orientation, and age groups all getting along and having a good time. You don’t see that outside of Montreal too often. ■