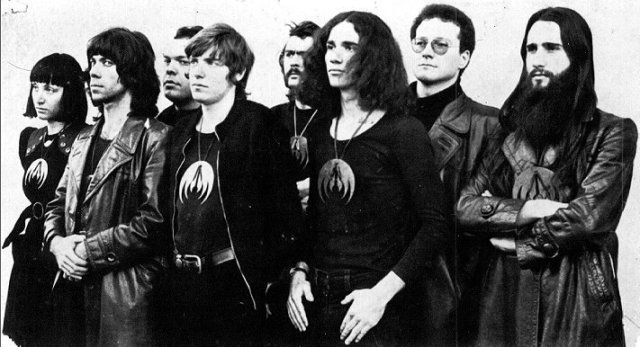 I spoke to general manager and artistic director Michel Levasseur about this year’s big acts and the changing face of FIMAV.

The avant garde composer, saxophonist and flautist is playing the festival this week, booked over a year and a half ago as part of a 60th birthday tour.

The French prog-rock act has a considerable following in Quebec despite never having played here before. Levasseur approached them by popular demand.

“Magma knew about Victoriaville and they were very pleased to get the invitation They play in the U.S. every four or five years, and they just finished a tour there for their 45th anniversary in April. Now they’re coming back to North America for Victoriaville.”

“Nels Cline is a very important musician, and he’s been to Victoriaville a few times. He’s a busy guy, his schedule is complicated, but finally we connected at a festival in Austria and started to talk about a special carte blanche project for him. We gave him the big stage at Victoriaville to see what he could come up with, and he’s presenting quite an interesting project: the Nels Cline Singers Unlimited, a septet with special guests like Marc Ribot, Trevor Dunn and Cyro Baptista.”

This renowned Slovenian industrial/neo-classical band formed in 1980 in what was then Yugoslavia. They scheduled their current tour around their FIMAV date. (See our interview with Laibach here.)

“They’ve been on the road for nearly 30 years, this group, but in the past 10 years they slowed down. Now they’re coming back with a strong record and touring a lot. I didn’t know them too well but I was invited to Oslo in the fall for a contemporary music festival that had invited Laibach to do a special work for a historical event in Norway, and half their show was that, the other half was new material mixed with some of the older songs. It was a fantastic concert — I was really impressed — so we started to talk directly with the musicians.”

“In jazz and contemporary music, we’re used to the idea that the older the composers or jazz musicians are, the better they are they — they have a big aura and they have a lot of recognition,” Levasseur says. “It’s very rare that you see this in rock music; usually people think that when you get old, you’re just playing a nostalgia act. It shows in the program this year that it exists, these musicians that are creative their whole lives. The more experience they have, the better they are and the more influential they are.” 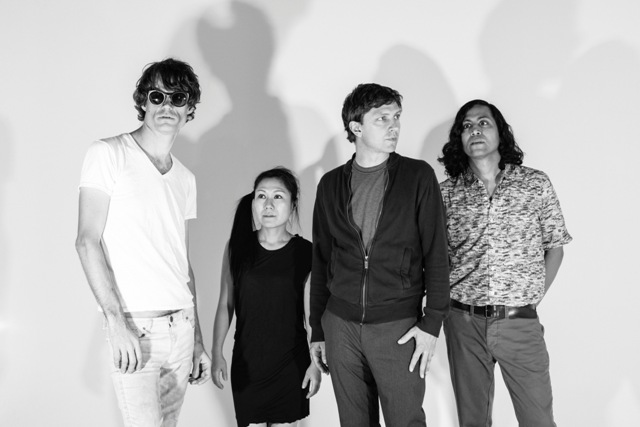 “The program looked very jazzy at one point, but suddenly it became a lot more rock, after a few cancellations, and Deerhoof, who decided to come to the festival finally — I’ve invited them three times in the past 10 years, but their schedule has never permitted it. Now they’re coming just for this concert, flying from home and back.

“And Suuns! We’ve been in touch and it never worked out before, but now they have a project with Jerusalem in My Heart — Radwan came to Victoriaville last year — and they offered us the live world premiere of that collaboration.”

“The festival has really changed over the past five years,” says Levasseur, who’ll be adding a venue to the festival in 2016, when the city’s new arts and culture centre is opening. “For many years, we’ve been transforming buildings to present the events. The main one we’ve used for the last two decades is the arena, the Colisée. We turn the ice rink into two halls, with curtains so you don’t see the seats. At first we were using only two thirds of the ice rink for our main hall, then we made another hall behind the curtain so we have two stages on the ice.”

“The cinema we were using is being torn down, so we found a hall three or four kilometres outside the city — it’s a hill you can see from the centre of the town. We used it last year and it was a big success. People enjoy going there even if it takes more time; they can see why we live in Victoriaville, because just behind the hill you can see the fantastic countryside.”

“We also have a sound installation circuit in public spaces right in the middle of town. There’s a small park by the bike path on the old train tracks, and a library nearby — it’s a circuit of seven or eight installations inside and outside. If you do the whole circuit, it takes 45 minutes or an hour, five kilometres all the way around.

“The circuit is on longer than the festival, and it’s free, with guided tours available. Last year we had over 600 students going around the circuit, and a total of 10,000 who came to visit, mostly from the area and people who are coming to see the concert, but it’s become an attraction — we’re drawing people from all over Quebec, many of them specialists in visual art.

“It’s quite impressive — it’s changed things. It gives the people who are coming for the concerts something else to do and it’s really connected with the avant-garde scene. It’s not like we’re trying to do something really easy and popular beside the festival programming that is more complex. It’s very interconnected, so that’s a big success for us.” ■