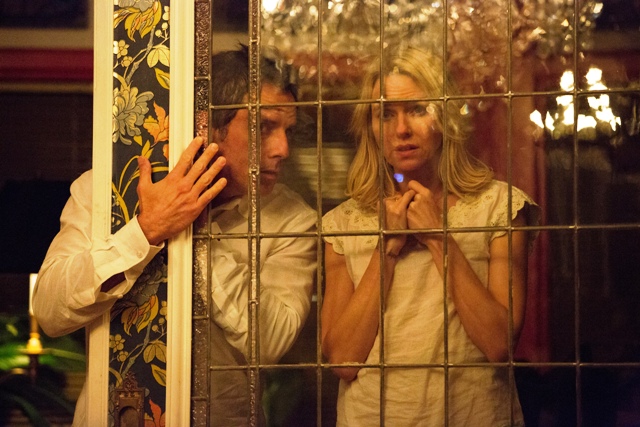 I’d usually say it’s pretty bad form to weave gossip into film criticism, but then again film historians love to integrate behind-the-scenes drama in their assessments of films from Hollywood’s Golden Age. I think history will tell us that When We’re Young is what Noah Baumbach looks like when he’s really, really, really trying to figure his own thing out. You see, a few years ago, Baumbach left his similarly aged wife Jennifer Jason Leigh and took up with the star of his film Greenberg, Greta Gerwig, who was significantly younger. Make what you will of that decision, but it’s clear that While We’re Young was at least partly birthed in response to Baumbach realizing that he perhaps wasn’t as vibrant and hip as he once thought. While I can’t possibly surmise how much of the film is autobiographical, Baumbach does get a chance to unleash his inner Andy Rooney.

Josh (Ben Stiller) is a documentary filmmaker who has spent the last 10 years labouring at a long, arcane and extremely dense documentary about an old academic (Peter Yarrow, of Peter, Paul & Mary fame). His career has essentially flatlined, and he pays the bills by teaching continuing education classes about documentary films. It’s in one of these classes that he meets Jamie (Adam Driver) and Darby (Amanda Seyfried), a young bohemian couple who purport to be huge fans of Josh’s first feature. Josh and his wife Cornelia (Naomi Watts) become strangely drawn to this young couple, whose impulsiveness, creative spirit and love of by-gone technologies like typewriters and vinyl records set them apart from their old friends who have all started having babies. Jamie, a budding documentary filmmaker, concocts an idea for a documentary that Josh is all too eager to champion, but the student soon surpasses the sensei and Josh is forced to face the fact that youthful vitality may not be as inspiring as he initially thought. 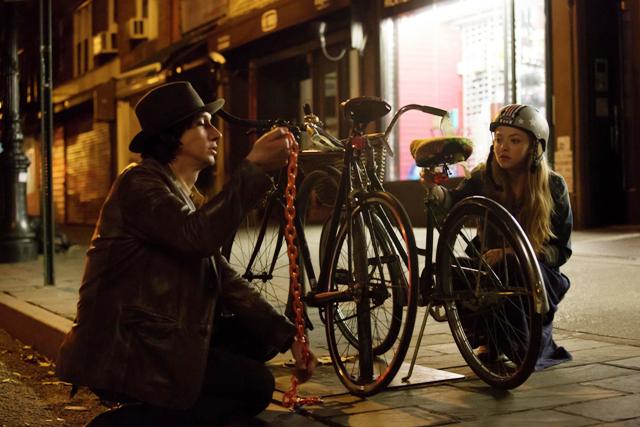 A recurring criticism of Baumbach’s work is that his characters are often conceited and unlikeable to the point of making any relatability impossible. Despite this being one of Baumbach’s more bitter films, it has some of his most likeable characters yet. While Stiller’s role sometimes veers into vintage embarrassed-Stiller mode, the leads all slip into the characters effortlessly. While the chasm between the comfortable, childless middle-brow artists and the wackadoodle, fedora-wearing young bohos (read: hipsters) is somewhat exaggerated, Baumbach works the film into a comfortable, relatable and often very funny groove (Beastie Boy Adam Horowitz is particularly hilarious as the older couple’s befuddled new-dad friend, the kind of guy who panics because he can’t find the cardboard slipcase that goes over his Wilco CD).

What seems like it may be an even-keeled portrait of how two self-centred generations of navel-gazers look at each other and scoff sort of unravels by the third act, which works a bizarre screed on the ethics of documentary filmmaking into its seriocomic look at relationships. Baumbach’s working through a ton of stuff here in a clumsy way that feels organic, but he clearly begins to take sides — I’ll let you guess which side he takes. For everything that feels poignant and well-observed, there’s something that sounds like your mom describing the appeal of Riff Raff. It’s self-deprecating enough that it feels more like growth than rage, but there’s quite a bit of Old Man Yells at Cloud syndrome going on here as well.

I’ve always admired Baumbach’s chutzpah in creating messy, organic characters that aren’t necessarily meant to be loved by the audience. To see Baumbach move to this from Frances Ha — which dealt in many ways with the same generational woes, albeit without the Baumbach surrogate characters and thus very little of the confused contempt — is a bit worrisome, but some of the best parts of While We’re Young are the ones that feel the messiest and most incongruous. Baumbach’s bitterness feels a little too pointed (the leap between Jamie and Joe Swanberg, Gerwig’s previous paramour, isn’t very hard to make, but like I said, letting Sundance-luminary gossip colour my opinion of a film would be highly unprofessional) to be as effective and rounded as it’s been in the past, but even Baumbach’s dirty laundry is better than a ton of sparkling, neatly pressed stuff from others. ■

While We’re Young opens in theatres on Friday, April 10. Watch the trailer here: