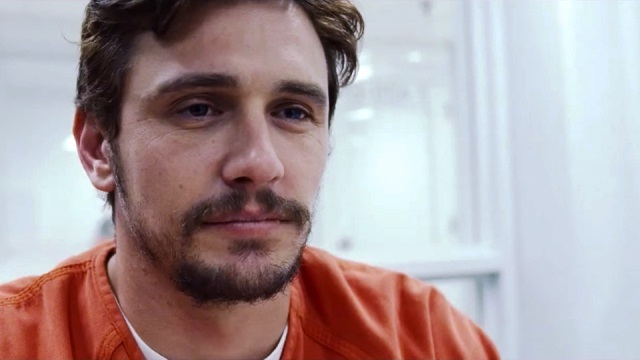 Journalism is dying. Publications are shuttering left and right, journalists are finding themselves out of work, people don’t read print anymore and they’re consistently proving they’d rather see the same GIF of a cat 10 times a day than read a page of meaningful, well-researched journalism. This is the mantra that doomsayers have been repeating for years, and yet Hollywood is pumping out more films about journalists than they have since the ’70s. There’s something that grows increasingly quaint and movie-worthy about the stories of journalists who were blacklisted for fabricating facts and fudging reality. When our Facebook feeds can be personally curated to feed us nothing but made-up horseshit, the fact that real people ruined their careers doing it seems dramatically rich and full of possibilities.

That’s the situation Mike Finkel (Jonah Hill) finds himself in at the beginning of True Story. A celebrated journalist who’s cumulated 10 front-page stories in three years at The New York Times, Finkel finds himself under fire when a story he wrote about child soldiers in Africa turns out to have conflated a few people into one uber-tragic central figure. Fired from the Times, he finds himself out of work in the Montana home he shares with his wife Jill (Felicity Jones) when an Oregon reporter (Ethan Suplee) informs him that a murderer has been arrested in Mexico claiming to be Mike Finkel of The New York Times.

It turns out that the impostor is Christian Longo (James Franco), a small-time con-man and father of three who has allegedly murdered his wife and children. As Longo awaits trial, he meets with Finkel every week; first, to unpack the reasons why Longo assumed his identity, but Finkel soon becomes fascinated with the man and his story. Finkel agrees to teach Longo how to write in exchange for hearing Longo’s story.

It’s pretty daring to cast Hill and Franco in a film like this, devoid of even the slightest smirk or dick joke. Both have more than proven that they can hold their own dramatically, but their names side-by-side on a poster are more or less a guarantee of genital shenanigans. The casting is particularly interesting here because what Finkel and Longo have isn’t that far removed from the kind of relationships their characters might have: they’re simultaneously repulsed and attracted by each other, unsure of the other’s intentions and often compelled beyond reason to seek the other’s approval. Hill has the ‘straight’ role, but Franco is doubly impressive in the role of Longo.

Director Rupert Goold plays the film out mostly in close-ups, focusing on the actors’ tics and gestures rather than playing out the film’s drama in grandstanding speeches and swelling operatics. The film’s razor-sharp focus on the relationship between Longo and Finkel sometimes works to the detriment of the film’s other aspects. Longo’s crimes are dramatized in highly unnecessary scenes that bring to mind chintzy basic-cable true crime shows, and the supporting characters are often underwritten. There’s no reason an actress as talented as Felicity Jones should spend 90 per cent of her screen-time as a near-silent sounding board for the main character, but it’s one of the unfortunate downsides of the screenplay.

I assume that if the film had been made with actors of a different calibre, True Story would’ve taken on different dimensions. Ryan Gosling and Bradley Cooper? Oscar push. Those two dudes from that show Suits? Not so much. Watching Hill and Franco square off in such unusual circumstances is much of the appeal of True Story — that it’s this compelling is the big surprise. ■