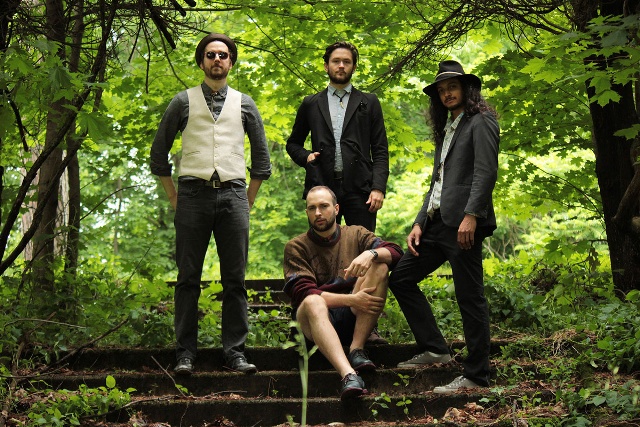 As a forlorn Jeremy Searle once demonstrated on the local news, there’s no better place to strum the blues away than a front stoop in NDG in the middle of the day. Preferably your own stoop.

Although the city councilor is not scheduled to appear at this Saturday’s inaugural Porchfest NDG, around 60 local acts will perform on porches around the neighbourhood, delivering hour-long sets to passersby, free of charge.

A growing phenomenon in cities across the U.S. and Canada, this is the first time a Porchfest will be held here.

“I was living in Boston, and the neighbourhood I was in, Somerville, had one,” explains event coordinator Aurora Robinson. “I wasn’t involved in any way, but I saw it take place and I enjoyed it. When I moved back to Montreal, and specifically NDG, I thought it would be a good place to have it.”

It’s a good way to bring the neighbourhood together, Robinson adds. The artists are encouraged to leave donation buckets out so money can be raised for local organizations such as NDG Food Depot, Heads & Hands and Action Communiterre.

Even though they’re performing pro bono, it’s still a convenient gig for most, since they’ll be using their own porches. Noise could be an issue, so bands have been told to not play too loud. “The shows are an hour each, so they’ll be over with hopefully before anyone gets their hackles raised,” Robinson says.

Robinson wasn’t expecting to hear from too many bands at first, but the response was so great, it will now be nearly impossible to catch every set. To make things convenient, the festival has been split into five areas, and each will have its own start time between noon and 3 p.m., before culminating with a big BBQ at 3560 Connaught at 4 p.m.

The first sets will be happening around Villa Maria metro, if you’re coming by that way.

“I think there are two approaches you can take. Either don’t look at the map at all and explore randomly, or pick a few can’t miss bands and go to those. Otherwise you’ll be doing a lot of running,” advises Robinson.

Southern hardcore band In the Name of Havoc playing a folk set (1 p.m. at 2085 Decarie)