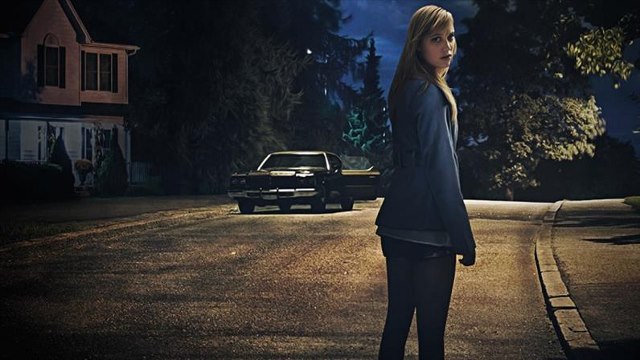 Maika Monroe in It Follows

John Carpenter’s original Halloween is most often pointed to as the blueprint for the modern horror film. So many of the tropes and clichés that eventually became the building blocks of the genre originated there, even if it didn’t really invent the slasher genre outright. These days, what often gets overlooked when it comes to Halloween is how artfully made it is. Carpenter shows a mastery of tone and composition that were the first things to go when the film was cannibalized by countless imitators over the years (which isn’t to say that there aren’t well-made post-Halloween horror movies — just very few that even come close). David Robert Mitchell’s It Follows is a lot less literal than Halloween and more hung-up on vague dream logic than Halloween, but it’s one of the rare horror films that understands that how Carpenter said something was just as important to the overall success of Halloween than what he said.

Jay (Maika Monroe) has the life of a typical 19-year-old: friends, casual drinking, class, a seemingly busy dating life. One of those dates turns particularly sour when her lover (Jake Weary) drugs her, ties her to a wheelchair and explains to her that now that they’ve had sex, mysterious beings will start following her. They’ll look like just about anyone, no one else will see them and they won’t stop following until they kill her, after which they’ll move to the next person up the chain. The only way to get rid of it is to pass it on to someone else and hope that they don’t get killed by “it.” Along with her sister (Lili Sepe) and friends (Keir Gilchrist and Olivia Luccardi), Kay sets out to get rid of “it” however she can. 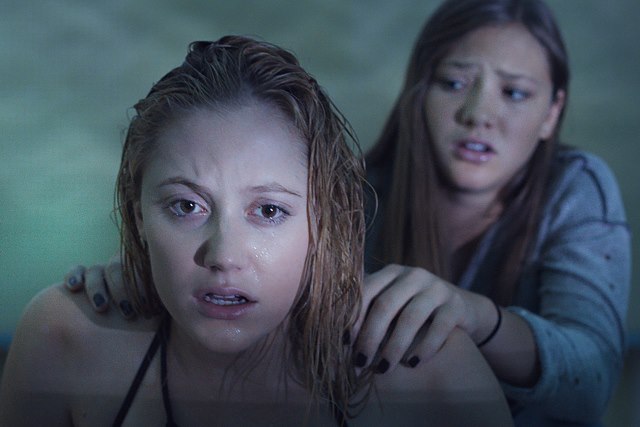 It Follows isn’t predictable in the slightest, but that’s also because of the film’s fuzzy dream logic places it a little outside the realm of straight-up horror and a little closer to something in the Polanski mode. It’s too bad, then, that It Follows kind of doesn’t go anywhere, leaving its psychosexual inklings out to dry in a wonderfully stylized dreamscape. The specifics are kept deliberately vague, and what originally comes across as refreshingly simple eventually turns out to be straight-up boogeyman hijinx.

By all accounts, Mitchell (whose debut feature, The Myth of the American Sleepover, was very much in the standard teenage-drama Sundance mold) intends It Follows to be more of a mood piece than the Cronenbergian exploration of sexual mores it appears to be on the surface. There’s lots of potential for using the outlandish concept to explore the anxieties of teenage sexuality, but It Follows has less concrete things on its mind.

One thing’s for certain: if It Follows is Mitchell’s attempt to show that he can do more than standard-issue this-is-what-being-a-teenager-is-like dramas, he’s made one hell of a demo reel. Using carefully composed widescreen photography, the bombed-out streets of Detroit and its surroundings and a fuzzed-out synth soundtrack that suggests a Carpenter score being played on a rapidly decaying tape, It Follows is one of the most formally effective and beautiful horror films in recent years. It’s just a shame that there isn’t much more to it than that. ■

It Follows opens in theatres on Friday, April 10. Watch the trailer here: