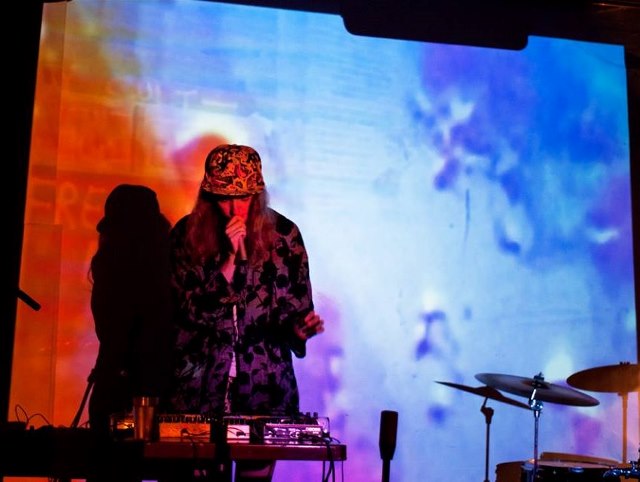 Springtime in Montreal means so many things: potholes, cyclists, terrasses, and this year (even more than most), demonstrations and other signs of political activism. There’s no doubt about it, Montreal is a city full of politically engaged and active citizens. Being a city that’s also full of artists, there’s inevitably going to be some overlap. The Howl! Arts Collective is a group whose members work across that space, using their artistic skills to contribute to gaining ground in struggles for social justice.

From April 20–26, the collective will be presenting their second annual Howl! Arts Festival, billed as a “celebration of art and revolution,” and featuring a weeklong program filled with musical performances, film screenings, panel discussions and visual arts.

We spoke with organizer and Howl! Arts Collective member Kevin Lo (of LOKI Design) about this year’s program in the context of the current unrest in Montreal and around the world against governments who continue to try to impose austerity budgets and policies.

“These issues affect artists and affect society,” Lo says. “We’ll be looking at the effect of austerity politics upon art and how art can engage in bringing attention to and contributing to the struggle against it. A large part of what we’re trying to do when we work with different artists and activists is to demonstrate not just the role that art can play, but the necessity for art to play that role. We believe in engaged art and we want to encourage and support artists to do that type of work, which is not always easy.”

The programming for the week provides plenty of opportunities to take in some of the socially engaged art that’s being produced right now in Montreal. Check out our round-up of festival events:

The week kicks off on Monday, April 20 with a film screening (in French) at la Passe, in the venue’s first Howl! collaboration. The 1973 documentary 24 heures ou plus is a look at a period of fruitful collaboration among Quebec’s three major labour unions (the CSN, FTQ and CEQ). 1214 de la Montagne, 6:30 p.m., PWYC

On Tuesday, April 21, Howl! will be broadcasting live on CKUT’s Off the Hour from Casa del Popolo, with a panel discussion on how current artistic practices in Montreal are reflecting the growing anti-austerity movement. The slate of guests includes Edith Brunette and François Lemieux, the artists behind recent Articule exhibit Cuts Make the Country Better, a project that was centred around the effects of cutting support for arts and culture from government budgets. Rounding out the panel will be graphic designer Kevin Lo and photojournalist Amru Salahuddien. Stick around after the panel for a performance by saxophonist Martin Orlando Alvarez and DJ Rhythm & Hues (Parker Mah). 4873 St-Laurent and on CKUT at 90.3 FM, 5–7 p.m., free

Wednesday, April 22 sees a vernissage at le Cagibi for an exhibition called #Postlife by members of the recently dismantled arts collective Artivistic. The works reflect on the life cycle of the collective from its launch 10 years ago, through several transitions and the eventual decision of the members to officially close the project. 5490 St-Laurent, 6 p.m., free

Casa del Popolo is also the setting for Thursday’s Ne pas plier: Artists Against Austerity album launch. The record features solos from 13 Montreal musicians who were invited by Howl! to render into music their reflections about the effects of austerity policies on their communities. Artists who will be performing their works from the album include Sam Shalabi, Norman Nawrocki and Lubo Alexandrov. 4873 St-Laurent, 8:30 p.m., PWYC

Throughout the month of April, you may have been drawn to the beautiful silkscreened posters lining the walls at Casa del Popolo. The display is courtesy of Brooklyn’s Justseeds Collective and is mounted in conjunction with the Howl! Arts Festival. On Friday, April 24, a vernissage will be held with Justseeds members Jesse Purcess and Mary Tremonte in attendance. 4873 St-Laurent, 5–7 p.m., free.

Two big music shows are also planned for Friday, beginning at la Sala Rossa with a benefit for Missing Justice, a group dedicated to consciousness-raising and political and direct action towards tackling the conditions that lead to violence against indigenous women. Performing at the benefit will be Ari Swan, Jessica Moss and Choeur Maha. 4848 St-Laurent, 8:30 p.m., $10 suggested donation

Following the Missing Jusice benefit on Friday, and across the street at Casa del Popolo, a showcase from Debaser and Weird Canada is happening, with UN, Saxsyndrum and Ylang Ylang. 4873 St-Laurent, 10 p.m., $7 suggested donation

On Saturday, April 25, head back to Casa during the day for the Howl! Art Fair, where you’ll have a chance to pick up some prints, screenprints, music, zines and more from Howl! affiliated artists. The fair is also a chance to meet and hang out in a friendly, relaxed environment. Later on, Casa hosts an EP launch from dArk mAAt’r with support from Jason Blackbird Selman. 4873 St-Laurent, art fair 11 a.m.–5 p.m., free entry, EP launch 9 p.m., $8 suggested donation

One of Howl!’s signature events is the periodic Art & Activism panel discussion that brings together politically active artists and cultural producers to discuss a range of topics related to the intersections of art and activism. Head to le Cagibi on Sunday, April 26 for the Howl! Arts Festival edition to hear a panel of artists discussing the ways they incorporate their commitments to social justice into their practices. 5490 St-Laurent, 2 p.m., free.

The week closes with an out-of-this-world bang with a showcase at le Cagibi from the Saturn Returns indie label as the high-energy duo Loosestrife launches their second album Getting Better Getting Worse with support from Moss Lime and Chochottes. 5490 St-Laurent, 9 p.m., PWYC