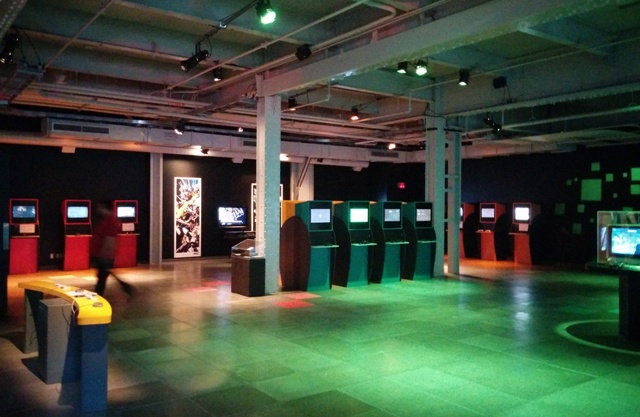 The Game On set-up at the Montreal Science Centre. Photos by Erik Leijon

The past and future of video games share an equal amount of open space at Game On, an interactive, family-friendly exhibit at the Montreal Science Centre in the Old Port.

The travelling ode to gaming’s history, curated by London’s Barbican Art Gallery, opened last Thursday and continues until Sept. 13. It features 100 games displayed in myriad ways, from Pong projected on a wall, to old consoles on television screens to the new Oculus Rift virtual reality headset. Everything is playable with a purchase of a ticket, so if you’ve ever wanted to play Saturn Bomberman with five other people – as nature intended – or sit inside an original 1983 Star Wars Arcade cabinet and say you did it in an educational environment, the Old Port is the place to be this summer. 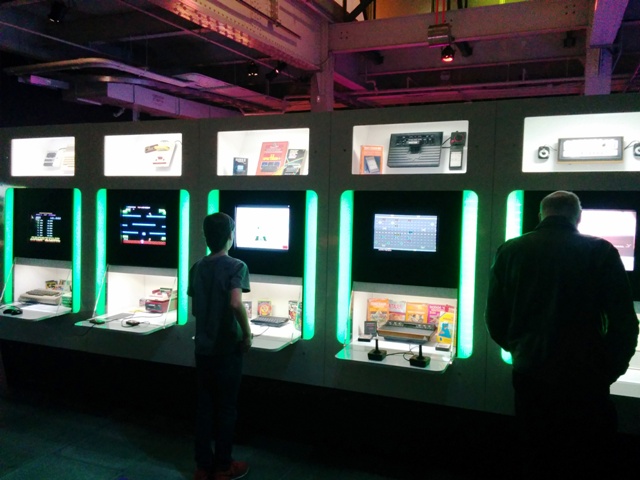 The exhibit is an arcade minus the quarters. There are signs to read on the walls and the floor, but Game On isn’t focused on education. You can gaze at the two oldest consoles ever — the Magnavox Odyssey and the Brown Box that came before it — but their backstories are kept to the basics. Even though the exhibit is being held at the Science Centre, Game On doesn’t get into the technological nitty gritty of the medium. I would have loved to explore the insides of a Virtual Boy or Dreamcast, or follow the steps to how today’s modern blockbusters are created. 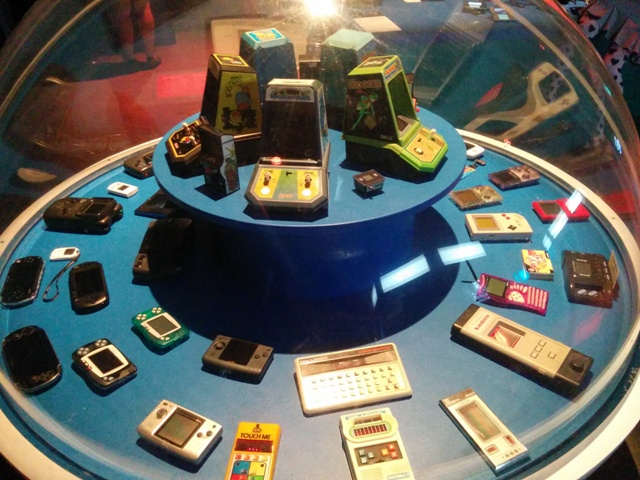 Instead, Game On is about preserving the games in their finished states, and gathering all the big ones in one space. It’s also about playing them. Game On starts with the aforementioned Pong and a few old cabinets, including a six-game Neo Geo. Then it’s on to early and latter-day consoles, before ending with new technology like the Kinect and Oculus Rift. There are small sections devoted to some of the more noteworthy franchises, like Grand Theft Auto and Pokémon. Portables and quirky Japanese titles also get their due. Each of the games come with a brief description explaining their significance.

In terms of history or weaving a narrative, Game On isn’t as comprehensive or as visually impressive as the Computerspielemuseum, Berlin’s video game museum. You’ll be hit with waves of nostalgia when you see some of the old games, but you won’t learn anything new about them or come to appreciate them in a new light. ■