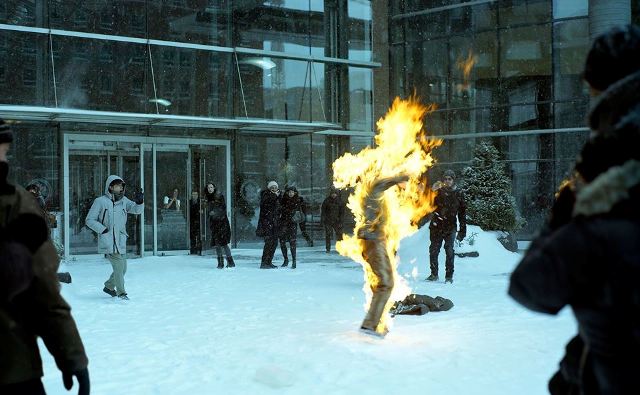 “In Protest” by Carlos & Jason Sanchez

Show your love for the granddaddy of alt at the second annual Lou Reed Memorial Sing-Along, incorporating Oboro’s current artist resident Spike Taylor’s Pianorignal: an interactive music sculpture/installation involving a nine-foot concert grand piano decked out in natural elements such as moose hides. The event is also a benefit for CKUT. 4001 Berri #300, 7–8:30 p.m., PWYC, all ages

It’s time for another edition of Beaux Dégâts at Foufs, where six teams of artists go head to head in a live-painting battle where you cheer with your beer (cans) by voting for your favourite team with your empties. 87 Ste-Catherine E., 8 p.m., $5