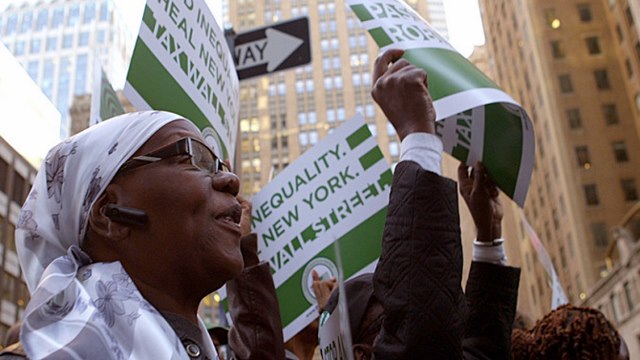 The Price We Pay

Documentaries have long been depicted as the cinematic equivalent of taking your medicine; it might not taste good, but it’s good for you in the long run, so suck it up. I have to say that the general notion of a documentary as a never-ending series of talking heads interspersed with dusty archive footage is starting to vanish outside of whatever the hell Ken Burns is doing these days, but it isn’t entirely gone. Case in point: Harold Crooks’ The Price We Pay is a fundamentally important film about an impossibly dry and dense subject that, unfortunately, doesn’t really manage to make the pill easier to swallow.

It’s hard to imagine how, certainly. Crooks explores the idea of tax havens and the ways in which major corporations work around various loopholes in international law in order to avoid paying taxes. This isn’t exactly Errol Morris material. Crooks brings out a murderers row of bankers, financial analysts, philosophers and other experts to unpack and dissect the way in which corporations are essentially erasing the middle class by filling their coffers with money stored in overseas bank accounts. It should be infuriating in the way that most things rich people get away with are infuriating, but the fact is that’s it’s a little too complex an economic issue for a pop documentary — so The Price We Pay isn’t one.

In a way I have to respect Crooks for not making a Michael Moore-type movie with quirky infographics and a cynical voiceover. That approach is played out in its own way, and probably pretty inappropriate for a film that has so many loquacious intellectuals unpacking financial treachery. It’s just too much to take at once for someone who isn’t already familiar with the economic concepts presented. And I’m guessing that if I was familiar enough, I wouldn’t feel the need to see this movie, either.

The Price We Pay is therefore stuck between a rock and a hard place. It’s an in-depth educational tool that won’t necessarily work to educate the uneducated and won’t necessarily draw in experts, either. I have to imagine it’ll work best as part of a course curriculum, or perhaps as part of a conference. It’s certainly preferable to three hours of a tenured windbag attempting to work the projector. ■