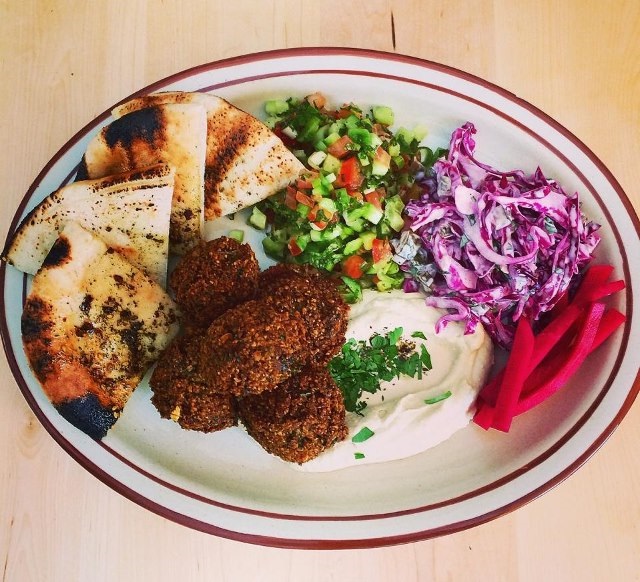 Serving up the notable spice and seed of Middle-Eastern cuisine, Sumac Restaurant is one of the newer neighbours in the comfort food landscape of St-Henri’s Notre-Dame Street. Under the steerage of David Bloom (Tuck Shop, Rustique) and the talented chef Raquel Zagury, this restaurant brings a homestyle approach and a subtle flair to its cuisine and atmosphere.

Whether you’re just dropping in for take-out, a quick snack before a night on the town or bringing in a large party to dine in its high-ceilinged industrial décor of tile, metal and wood, Sumac endearingly gives off a casual and practical vibe. I had thought one visit might suffice for a well-rounded experience, but found myself making multiple trips in order to scratch the surface of their carnivorous, vegetarian and vegan selections.

On a busy Friday night, a friend and I were hemming and hawing over the amount of choice. Not wanting to hold the line up, we settled on starting in Levantine meze fashion with a selection of appetizers to accompany some drinks. The heavy Syrian muhammara dip ($6/$9) was seasoned with lemon, garlic, pomegranate molasses and slightly spicy Aleppo pepper. Having a texture thick with ground walnut, this dish was that much more filling when combined with Sumac’s soft and charred pita, lightly brushed with olive oil and seasoned with house za’tar that’s ground finely enough to add only the slightest taste of thyme, sesame and oregano.

A three-salad plate ($13) followed, consisting of one quinoa salad, a large dollop of baba ghanouj and the salade cuite. The quinoa’s ground almond, kale and coriander brought substance to the seed while sweet golden raisins and tangy barberries made the mix almost juicy. The baba ghanouj’s stirred eggplant was velvety and surprisingly rich, more aided than abetted by its smoked paprika and scallion oil. However, when it comes to qualifying a dish from Sumac as rich, the salade cuite took the prize. Each bite transitioned slowly from its roasted sweet peppers to the sable flavour of slow-cooked tomatoes that lingered while I prepped a wedge of pita for another dip.

We’d ordered sumac fries on the side, and I found its hints of salty, lemony seasoning went well with the house s’rug, a Yemeni hot sauce of coriander, chilli and garlic blended in oil. The only problem at this stage of our dining was that once the fries were packed away, we were amply stuffed. While I was definitely satisfied and surprised that what we’d ordered was enough for two, I still felt like I barely scaled the mountain of their menu.

A second visit was in order, and I was eager to pack away more than last time. Sipping on a delicious half-half mixture of house-brewed pomegranate iced tea and sour citrus-aid, I opted for a sandwich and salad to start this time. The “fresh cut” salad ($5/$8) was a straightforward, geometric presentation of chopped tomato, cucumber, sweet pepper and radish, with a light drizzle of oil, seasoned to taste and sprinkled with scallions.

I had originally set out to try the shawarma, but was too curious about the sabich ($8), a pita chock full of fried eggplant, hardboiled egg and pickled cucumber. Weighing the hefty sandwich in my hands, I was hoping I’d have room for even more afterwards, but it did the trick on its own. The egg and eggplant were made for Sumac’s fluffy pita, and while the contents were rolled in Sumac’s smooth homemade tahini, its amba dressing came out on top — amba is an Iraqi/Israeli pickled mango dressing that paired the saccharine fruit with zests of vinegar, fenugreek and mustard seed lingering afterwards.

Almost stuffed, I topped myself off with the restaurant’s only dessert, the Nutella brownie ($8). I’d never seen generously crumbled halvah put to such good use, as its buttery taste complemented the creamy cinnamon paste covering the brownie so well.

Having spent six years in Ottawa and returned several times since, I thought I knew good shawarma and falafel, as Middle-Eastern joints are a dime a dozen in that city. I had to head back to put Sumac to my test on my third visit, and they passed with flying colours. Starting with a bowl of falafel ($4), I found the golden-brown exterior both crunchy and crispy, giving way to a warm centre of mashed chickpea with the light herbal flavour and colour of parsley and coriander. Adorably shaped like small muffins, a finished falafel left a pleasing sesame aftertaste, though I couldn’t help but ask for more s’rug to spice it up.

Next came Sumac’s take on the chicken shawarma ($9), and it’s a chart-topper in my books. Employing the dark and tender side of the bird, each bite swam in garlicky goodness and the musk of cumin, intermittently freshened with pieces of chopped tomato, green pepper, shredded white and red cabbage, and just a touch of pickled turnip. 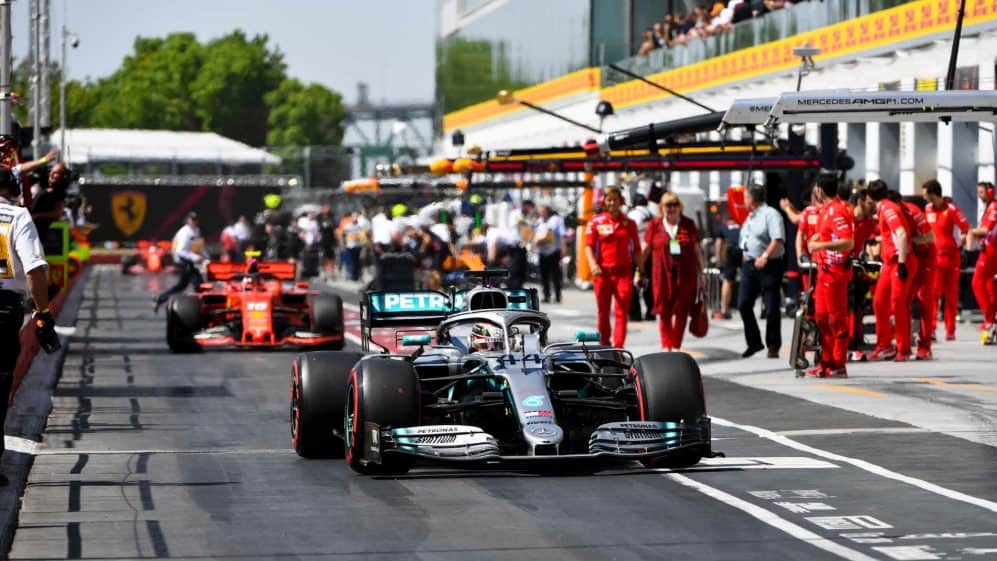 An F1 bubble is not feasible.

The plot may involve the death of one of the franchise’s most beloved characters.