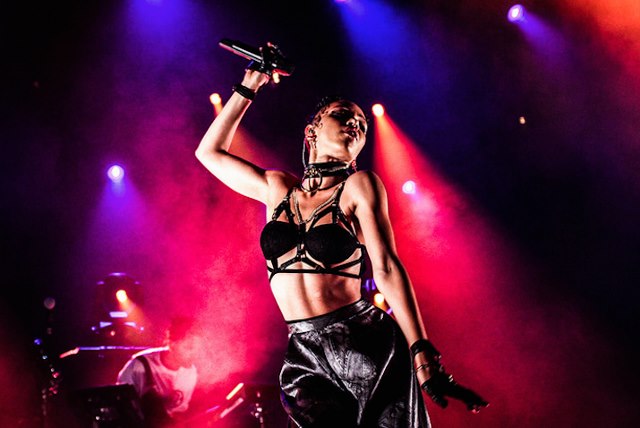 Over the past six weeks, the people at Evenko have delighted and teased festival fans by dropping dozens of names of bands and artists playing the 2015 edition of the Osheaga musical festival, taking place at Parc Jean-Drapeau on July 31, Aug. 1 and Aug. 2.

Today at noon, just as three-day festival passes are going on sale, the complete line-up is finally here for you to feast your eyes on.

Some of the artists we’re most excited about are FKA Twigs, returning to Montreal after a killer performance at Cabaret du Mile End last summer, St. Vincent (so excellent on stage), rap acts ranging from Nas to Kendrick Lamar, Run the Jewels to Tyler, the Creator, local faves Patrick Watson, Pierre Kwenders and Milk & Bone, party ignitors A Tribe Called Red, pop chanteuse Charli XCX and the list goes on. In short, this is going to be sick. 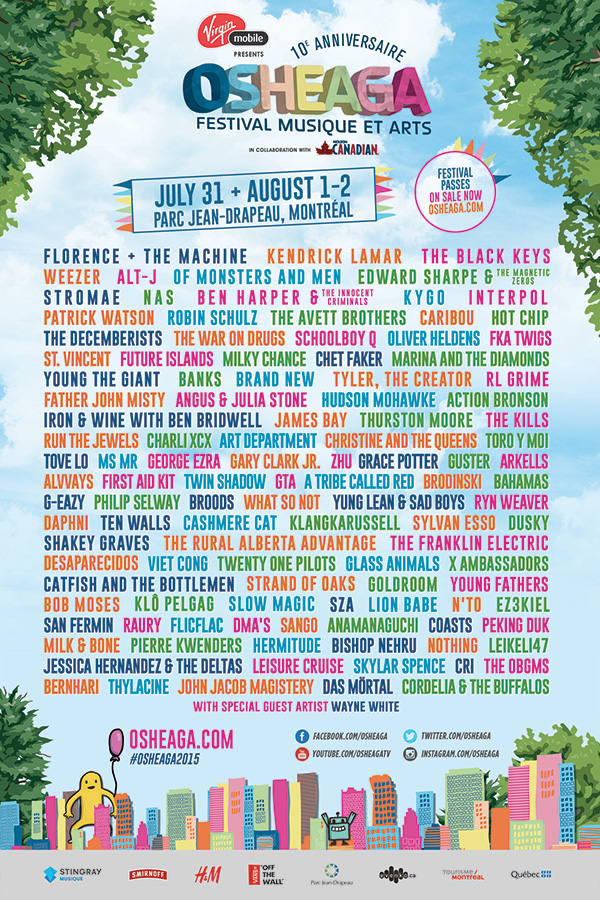