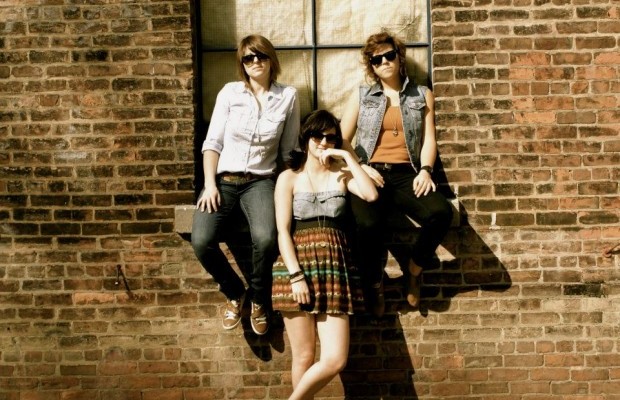 Mainstream radio doesn’t have the best rep when it comes to promoting homegrown talent, particularly of the independent variety. But CHOM 97.7’s Montreal Rocks has kept the focus on Montreal indie rock, pop and electronic acts for the past five years, thanks to affable host and Montreal-music fanboy Jay Walker.

“This is probably the best city in the world to be doing a show like Montreal Rocks,” Walker enthuses, chanelling the nerdy enthusiasm of the BBC Radio 1 DJs he was inspired by, including Steve Lamacq and Tim Westwood. “All those guys on BBC1 are so cool, even if they sound corny sometimes when they’re tripping over their teeth saying things like, ‘This is the most important record in the world right now.’ They’re always on the ball, and  it makes you excited about music.

“I get a super kick out of doing this ’cause it’s fun, and I hope people have fun listening to it. I wish people would have more fun on the radio,” he says, bemoaning the detachment of certain indie podcasts. “Would it hurt to say you’re genuinely really excited about the new Grimes? We just freak out over records and have a good time, and hopefully that comes through.”

Another thing about the titans of U.K. radio that impressed and confounded Walker before he launched Montreal Rocks was the fact that they were playing so many Montreal acts that had no presence on our airwaves.

“I told the people at CHOM that there is great talent here that needs support, whether they’re on a label or playing the bar scene or venturing out on their own,” Walker says, noting that he will play virtually any format that’s submitted, and doesn’t discriminate against home recordings and demos.

Alongside producer Marc Aflalo, Walker has put together a show that primarily features “rock,” and mainly features local bands, but he also plays complementary indie rock and synth-pop from all over, and has been known to sneak in some Kanye West (specifically “Black Skinhead,” a real crossover track with its Marilyn Manson sample) and MIA. (For a better idea of the show’s programming, find Walker on social media, where he posts photos of his playlists.)

“CHOM is a very respected and loved station so you can’t meddle with it too much, but I don’t really have any restrictions,” he says. “I used to be assistant music director there a long time ago so when I submitted my demo [for Montreal Rocks] they said, ‘You know what to do, you know where we can go,’ and I was like, amazing! Perfect! Anything with a synth in it that sounds like Supertramp or Genesis in their early days, anything that kind of touches that electronic barrier, we’ll play it.”

Airing every Sunday from 10 p.m. to midnight, Montreal Rocks also has the distinction of being commercial-free, making it even easier on the ears. But, Walker explains, this means that the programming has to be propulsive, “always forward motion,” and won’t be to everyone taste all of the time. During our interview, he mentioned local acts as diverse as Stars, Patrick Watson, Half Moon Run, Trigger Effect and Parlovr (RIP), as well as Gallows and Cancer Bats, two heavy acts from elsewhere.

“It’s a dirty, fuck-shit-up kind of rock show with a Montreal taste,” he says. “If my mom likes my show, there’s a huge problem with that.”

To mark the fifth anniversary of Montreal Rocks, Walker has organized a show featuring the Damned Truth, Elephant Stone, Diamond Bones, Seb Black and We Are Monroe — all local bands, of course — at the newly revamped Cabaret du Mile End, now called Théâtre Fairmount. And proceeds will go to the Shriner’s Hospital for Children, where Walker was once a patient (he has suffered from spinal conditions Scheuermann’s and scoliosis, as well as Crohn’s).

“It’s a night to get together and showcase some talent to [the bands’] fans and some of the people who listen to CHOM, and just have a little party for the music scene at a really cool new space.” ■

The Damned Truth, Elephant Stone, Diamond Bones, Seb Black and We Are Monroe play the Fairmount Theatre (5240 Parc) on Saturday, March 14, 9 p.m., $10/$15. All proceeds go to the Shriner’s Hospital for Children.