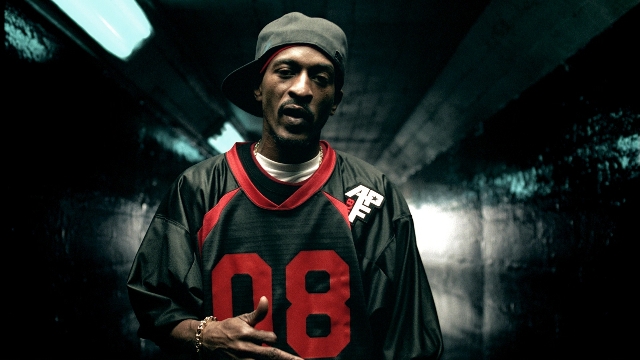 At its best, hip hop takes risks — see Kendrick Lamar, who leaked an absolutely soaring, instant classic at midnight on a Sunday — but it’s still risky business for anyone looking for a piece of the action, be that entrepreneur, promoter or academic.

Still, the youth just won’t leave it alone. This week, a team of friends and McGill students roll out Hip Hop Week Montreal, a series of panels, discussions and live events happening every day this week, and culminating with twin shows from Jean Grae and the God MC Rakim next Friday and Saturday, respectively.

We spoke to HHWMTL organizer Sta Kuzviwanza to find out why these rap fans decided to bring their culture to McGill and what it took to get it in the building.

Darcy MacDonald: Who is the team behind Hip Hop Week and what are your roles?

Sta Kuzviwanza: It’s me, Katia, Nusra and Dina. Katia’s done all the web design, Dina most of the finance, while Nusra and I have done logistics and networking. Overall, we each know how to do a little bit of everything and we’ve had to learn a lot on the spot.

DM:  What made you decide to get this initiative off the ground?

SK: Hip Hop Week came together as the result of active discussion amongst us as friends, and our reflection on Montreal’s vibrant Hip Hop scene and all the great community work that was being done by organizations like Hip Hop You Don’t Stop and Nobad Sound. We wanted to add to this in our own way, by bringing it onto a campus and engaging with Hip Hop from multiple perspectives. We got this initiative off the ground once we spoke to some people active in the community. Everyone was supportive and excited about the idea. Without community support from fellow organizations, HHW would not have happened.

DM: Where did hip hop culture enter your life, and what benefits has that brought you as a person?

SK: Hip hop entered my life when I was 16. It opened up an entirely new culture for me, and helped me find belonging having grown up in the ‘burbs. Through hip hop, I made friends in the city who have been crucial to my personal growth.

DM: Please give an overview some of the panel topics and keynote speakers/events throughout the week – the things you are most excited for!

SK: We’re most excited for Monday’s opener, Dr. Jeffrey Ogbar (author of Hip Hop Revolution). Ogbar’s book was instrumental in my starting to think of hip hop in terms of my personal politics, my race, gender and class. The workshop by Freddie Joachim is going to be crazy. This is his first time performing in Montreal, and the fact that he agreed to come here for Hip Hop Week and run the beat-making workshop is still unbelievable. Jean Grae’s talk at Concordia is not to be missed. She’s an absolute legend and top-tier performer. Jean is incredibly dynamic, smart and a true OG. We’re excited to hear about her latest work and the evolution of her relationship to hip hop.

DM: How has the experience of putting this together been for you as you approach go-time?

SK: It’s been hectic. We’ve never done a lot of this type of organization before, and we’ve invested a lot to make it happen. Right now, we’re just focusing on calling on all our friends and the local community to come through and support if this is the type of initiative they would like to see more often. We’ve put in the work, so at this point we’re trying to chill.

DM: McGill has traditionally been a place that has welcomed hip hop individual student or community initiatives, but hasn’t necessarily embraced the significance of the culture at an institutional/academic level in a way we have seen at Concordia, or in American universities. Do you hope the scale and function of Hip Hop Week might help change that?

SK: Honestly, we don’t know if we can change McGill in terms of embracing the culture at that scale. Concordia and other universities have tended to be more forward-thinking in legitimizing hip hop studies and taking the time to understand hip hop culture’s important role in shaping our generation. Certain McGill faculty have taken initiative by incorporating hip hop in their curricula but the support has to come from the higher ups. For example, our difficulty in explaining the significance of Hip Hop culture to McGill institutions was initially discouraging. However, several faculty members stepped up and gave us the backing we needed to make HHW a reality.

DM: Will this become an annual event?

SK: People keep asking if Hip Hop Week will be taking place next year. As of now, it is not an annual event and this year is a test run. All we hope is that these events will cater to the Montreal hip hop community, give artists an opportunity to learn and develop, and put well-deserved focus and conversation around hip hop. In a time where discussions on race, violence and pop culture result in rap being labelled Public Enemy #1, we want to do our part to keep the conversation going. ■