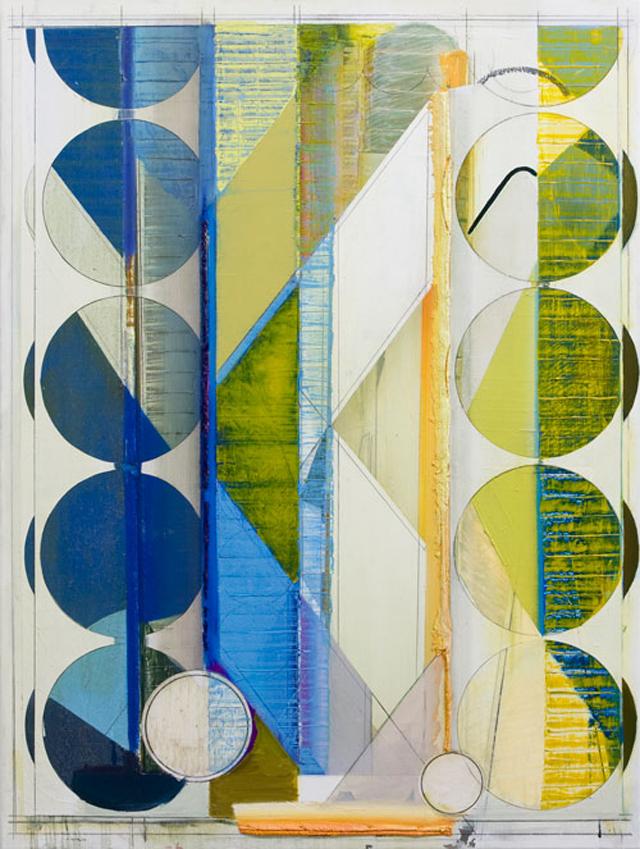 Work by Dil Hildebrand at PFOAC

Friends, there is a LOT going on this week, so let’s get straight to it. First up, this weekend marks the annual YES Artists’ Conference: Business Skills for Creative Souls, taking place on Friday at Théâtre St-James (a ticketed event), followed by the YES Art Expo in the same venue (free entry), where dozens of up-and-coming local artists will display their works to the public on Friday evening and all day Saturday. The best part? You can WIN TICKETS to attend the conference for free by entering Cult MTL’s ticket giveaway contest here. Enter by noon Thursday for your chance to win. 265 St-Jacques W. See the Yes Montreal website for full details.

The keynote speaker at Friday’s YES Conference will be 2014 Sobey Art Award winner and Montreal-based Algonquin artist Nadia Myre, whose critically important work deals with loss, language, identity and impacts of colonization. Myre will also be honoured Thursday evening at a gala cocktail benefit for CIAC (Centre international d’art contemporain de Montréal) at the Darling Foundry, where her 2010 work Circle will be displayed as part of a group exhibit to celebrate the 30th anniversary of the organization. 745 Ottawa, Thursday, March 19, 5:30–8 p.m., $100 before 8 p.m., free from 8 p.m.–12 a.m.

Alright, I wanted to share those marquee events first, but what about the rest of the week? Tonight, Wednesday, Studio XX hosts a vernissage for an Art Matters exhibit called Impermanent Vacations, a show that uses vacation and travel photos and travel-inspired artworks to examine the tendency to curate our memories to reflect an ideal instead of accurate reality. Wednesday, March 18, 4001 Berri #201, 6–9 p.m.

Thursday will be a big day, with the aforementioned CIAC benefit honouring Nadia Myre and a number of other openings and events. Among them is a vernissage with performances at Arsenal Montreal for artist and model Zoé Duchesne’s work Poupée, a collection of short films and photographs staged by the artist in styles reminiscent of silent films and theatrical performance that deal humorously with the existential crisis that occurs when one’s body is commodified for someone else’s business interests. You can see a trailer for the work here. Thursday, March 19, 2020 William, 6 p.m.

Over at the Belgo, two new shows are opening Thursday at Pierre-François Ouellette Art Contemporain (PFOAC) including a series of large, colour-saturated and angular paintings by Dil Hildebrand called A few good words that still work, and the tide (borrowed from a 1981 Margaret Atwood poem describing the tools of her trade). The highly textured works evoke the architecture of time-worn passageways like doorways and windows, places that involve some risk to both artist and audience to pass through and meet each other on the unknown other side. Thursday, March 19, 372 Ste-Catherine W. #216, 5–7:30 p.m.

Articule invites you to a special event Thursday involving the screening of three films by Jef Cornelis, who spent decades creating Dutch-language documentaries for Belgian television about architecture, visual arts and literature, with a healthy dose of irony and social commentary. The films chosen for Thursday’s screenings deal with accessibility and openness of art in the context of the shifting social and political attitudes of the ‘60s. Part of Edith Brunette and François Lemieux’s exhibit Cuts Make the Country Better. Thursday, March 19, 262 Fairmount W., 7 p.m., $5 suggested donation.

Thursday also marks the beginning of FIFA (International Festival of Films on Art) which will run until March 29. This year there’s a stellar lineup of films, so make sure to check out something new. Have a look at the full program here.

On Friday, the Aboriginal Art Research Group (AARG) is holding a panel discussion on Art Making in Nunavik at Concordia, looking at the state of artistic production among the Inuit people living in the northernmost third of Quebec, and the presence (or lack thereof) of Inuit art in the larger context of Canadian contemporary arts. Panelists include Concordia’s Dr. Heather Igloliorte and University of Laval’s Dr. Frédéric Laugrand. Friday, March 20, Concordia EV Building, 1515 Ste-Catherine W. #EV-1.605, 6 p.m.

Saturday marks a Canadian first with the vernissage for noted Serbian artist Vladimir Velickovic in his first exhibition in this country at 1700 La Poste, inside Little Burgundy’s beautifully restored romanesque Postal Station F. The larger than life works reveal a nightmarish world where men are ripped apart by violence and conflict, represented by attacking crows. Saturday, March 21, 1700 Notre-Dame W., 1 p.m.

Don’t forget to check the full listings below for even more openings, last calls for closing shows and ongoing exhibits this week in the Montreal arts scene!

Quebec on the Move – Centre for Community Organizations

Art Matters: There Is Something About Spaces – Group Show

Abstract Art: It’s Nice, But What Is It? – Group Show

Saints of Soul : Beauty Through Hardship – Miss Me

Everything is Going Swimmingly – Nicolas Fleming

Through the Scapes of Your Memory – Andréanne Godin

Near You No Cold: Part 1 – Raymonde April

24 hours in the life of a Swiss cuckoo clock