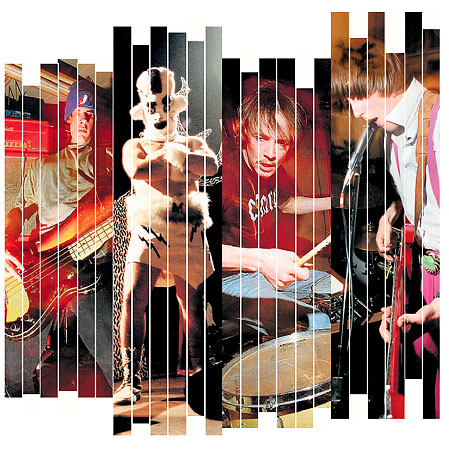 In the recent flood of obituaries and tributes to journalist David Carr, I came across something interesting. Ten years ago this month, Carr was the man responsible for a New York Times article on the Montreal music scene, the first of many articles in major American publications identifying this city as the next big music hub.

I normally find it distasteful to speak ill of the dead, especially just to get attention — Christie Blatchford pissing on Jack Layton’s corpse while it was still warm comes to mind. So I hesitate to criticize Carr, who by all accounts was a great writer, editor, mentor and (give or take the odd crack-addled meltdown) all-around human being.

But there’s no denying his article had some problems, both from a journalistic perspective, and for its role in transforming Montreal’s music community, some might say for the worse.

Looking back, the article is a time capsule of a seminal moment. Rents were cheap, artists made music for its own sake and it was only starting to dawn on people that what we had here was really special. Carr captures this spirit well, interviewing a number of veterans and upstarts on the scene and presenting a much more varied musical picture than a lot of the indie-pop-centric coverage that would follow. Still, there are a few seriously false notes in his picture of the city.

In the spirit of Carr’s own meticulous media criticism in his later career, let’s have a close look at one sentence from early in his piece. After declaring Montreal to be the next big music city, he assures his readers: “Not French Montreal, either: the next big pop movement will not involve accordions accompanied by crooning chanteuses.”

For such a short sentence, this statement has no fewer than three glaring errors.

“Not French Montreal.” Sure, the better-known bands from Montreal have been anglo on the surface. However, many of them have had francophone members, while others are outright francos who just happen to sing in English — Simple Plan and the Stills both turn up in the article without Carr mentioning this inconvenient fact. (It’s a tradition that’s continued to this day with bands like Groenland, much to the consternation of impolite concertgoers such as Pierre-Karl Péladeau, but I digress.)

Furthermore, I’d argue that the flourishing of the local music community was both a cause and an effect of the thaw between language communities around the turn of the millenium. Perhaps this is too subtle a perspective to expect from an outsider, but…

Then there’s “accordions accompanied by crooning chanteuses.” Now this is problematic. There are a lot of legitimate criticisms a person could make of Québécois music. Don’t even get me started. But what Carr offhandedly slights is French music from France, and from a long time ago. The conflation of French and Quebec culture is ignorant, it’s ugly Americanism at its worse, and it’s just lazy journalism.

Finally, as local scribe Adam Gollner pointed out (in an article in Gourmet, of all places), the biggest band of the Montreal music explosion, then as now, was Arcade Fire — co-fronted by a francophone woman who plays accordion.

After skirting real controversy by comparing Montreal anglos to black South Africans under apartheid, Carr backtracks: “Anglophones aren’t so much oppressed as irritated by their inability to get booked in local clubs.” If any anglo band ever had trouble booking a gig because of language, I never heard about it.

But enough about language politics — the situation is clearly too nuanced for a casual visitor to really grasp. Let’s move on to how Carr ruined the Montreal music scene for everybody. (Kidding. Kind of.)

With its many references to long-gone bands, venues and even message boards (montrealshows, anyone?), the piece filled me with nostalgia. It took on a bittersweet taste when I read this passage: “It helps that most musicians could care less about ‘making it’ in the traditional sense.” That certainly used to be true, until Carr’s article and others like it began to appear. Before everybody started paying attention, musicians in Montreal were just going about their business, enjoying the cheap rent and bohemian atmosphere.

When our city suddenly found itself on the mainstream media radar, things began to change — local musicians getting stars (and dollar signs) in their eyes, and out-of-towners moving here to “make it.” I guess it would be unfair to blame that all on Carr, but there’s no doubt the Times article was a key moment in the change.

I feel I’m in danger of coming across like an embittered aging hipster, longing for a simpler bygone era that may only exist in my addled, embellished memories. Objectively, I know that things weren’t necessarily better in the old days, just different. But snobbish though it may be, I do miss the era when Montreal was a little further under the radar. Of course, with all the talent bubbling up, it was inevitable that people would start to take notice.

Ten years and many buzz bands later, Montreal’s uniqueness may be diluted a little, but it can’t be killed. Rents are much higher (though the standard of living hasn’t exactly risen to match), but if nothing else, we can always count on our strange language politics to keep us weird. After all, if a writer as observant and talented as David Carr could get that angle so hopelessly wrong, we’re pretty much guaranteed to remain a little mysterious to the mainstream. ■