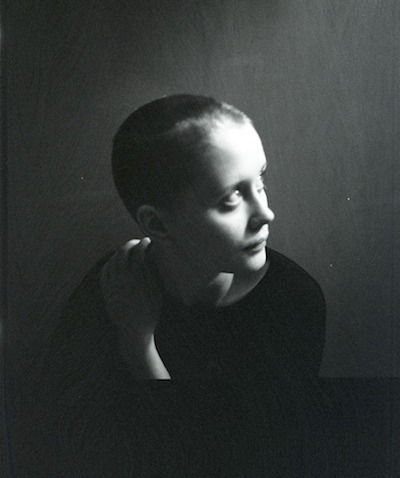 Sea Oleena’s album launch is a belated one. Shallow, the latest release from Mile End songwriter/ambient artist Charlotte Loseth, actually came out last September. But at that point, Loseth was already in Germany for a brief, decompressing sojourn in solitude.

“I was hanging out,” she explains. “I was distancing myself a bit from the work I was doing here and it was opportunity that came up to be somewhere else for a while.”

Some artists can’t wait to unveil their work to the world and promote the heck out of it. Loseth? Not so much.

“I’m quite the opposite. I’m as ready to run as far away from it as possible,” she says with a laugh.

“I think it’s the same with every record I’ve made. It represents a part of myself and of my past, and I created it to make sense of certain things that were happening,” she continues. “Now that it’s out there, it’s available for other people to interpret or to make sense of. I feel just by creating it, it helped me and now it can’t really help me anymore.”

While Shallow’s echoing vocals, elegant strings and soothing tempos might be fresh to our ears, in reality the album was done two years ago, and it doesn’t reflect Sea Oleena’s current state. Shallow was a group effort, with Patrick Latreille, Patrick Cruvellier and her brother Luke bringing their own musical contributions to Loseth’s deeply personal lyrics. The album is tied to her experiences at the time — 11-minute track “Vinton, LA” references a road trip in the Deep South and a moment where beauty and sadness collided as the sun set over a Burger King — so it’s not surprising that she’s eager to begin a new chapter.

Sea Oleena is now a solo endeavour (Loseth has been playing alone for the past year) and is drifting into more ambient territory. Even though tonight’s show is supposed to be an album launch, Loseth doesn’t intend to play any songs from Shallow. She hopes to potentially surprise show-goers with a set that pushes her guitar and pedal configuration to the limits — a gradual evolution from her folkier beginnings.

With any luck, the room will be lulled into a calm, meditative state. Loseth even says she hopes the crowd falls asleep, which is an unusual thing for a performing musician to desire.

“I love sleep, I really value it,” she explains. “I’ve had trouble falling asleep before. I’ve had insomnia. It’s something that comes and goes.”

She’s even used the creative process for therapeutic purposes.

“There have been times where I’ve created a loop and used it to help me meditate,” she says. “My intention is to create a specific space and it comes from that.” ■