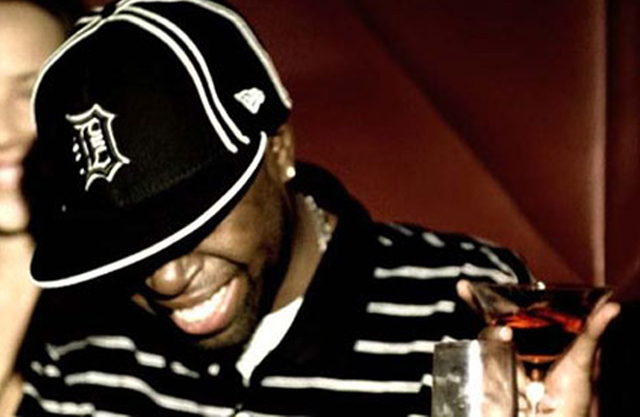 James Dewitt Yancey lived ahead of his time and died ahead of his time. There is hardly a corner of post-golden era hip hop that the Detroit OG didn’t shine his light on. The heavens reclaimed Dilla and his considerable gift nine years ago next Tuesday, three days after his 32nd birthday. The culture still has not gotten over the loss, and Dilla’s music and production signatures remain revered by old fans and discovered by new ones as if they dropped yesterday, with exponential power.

Montreal has been honouring his talent, memory and spirit on Dilla Day, as it has come to be known, since the year after his passing. It’s billed as a celebration of his life – a birthday party, which this year coincides with Jay Dee’s true born day. Two different teams of local DJs have curated on-again, off-again events between each other every year since, ensuring that a Dilla celebration happens without fail either way.

This year, Toast Dawg aka DJ Naes and his longtime associate Éphiks invite J Dilla’s younger brother John (aka Illa J) to host their version of the jam, which takes place Saturday, Feb. 7 at Inspecteur l’Épingle. They are joined by Sev Dee, Dr. MaD and DJ Manzo and you will, as you may have gathered,  hear nothing but Dilla Dawg through the speakers.I caught up with Illa J and Artbeat Montreal’s Sev Dee by email to gain their perspectives on the power of Dilla love.

Darcy MacDonald: These events seem to grow and multiply in different cities each year. Have you attended any in other cities? Which ones, historically, have done best?

Illa J: Yeah, I’ve been to a lot of them and also been booked in a lot of them like in Detroit, London, Paris, Tokyo, New York. The one in London last year was the craziest one.

DM: Does Ma Dukes (aka the Yancey brothers’ mom, Maureen) ever get out to the Dilla memorials around the US?

Illa J: Yeah she does! Every year at this time of the year she is very busy due to that. I’m hoping the family can get together next year, maybe here in Montreal.

DM: In the years since your brother’s passing, which initiatives in his name are you most proud of?

Illa J: His induction to the Smithsonian Museum, I think, is great for hip hop. Just think, 20 years ago, who would have thought they would have put a beat machine in a Smithsonian Museum? And the fact that the Moog will also be in there is pretty dope too, specially since I got a chance to use it.

DM: Why do you believe your brother’s music is still being discovered and revered by younger generations? And by the same token why does it endure so timelessly for long time fans?

Illa J: Well, you used the perfect word, timeless. Because one, it’s timeless. Second, he put so much love into his craft, that’s why people feel it instantly when they listen to it, no matter the age. That results in die hard fans because they feel so connected to the music.

DM: Anything about your participation in the event you’d like to add?

Illa J: It’s an honour to represent my brother and family here in Montreal on my brother’s birthday. It’s gonna be a fun celebration.

DM: How do you remember discovering the music of Jay Dee?

Sev Dee: As a DJ, I was brought up in the era of “if you don’t know, you’re steady loosing.” I was buying music like it was going out of style. (See what I did there?)

DM: Do you remember the first record you bought with his music featured?

Sev Dee: I was already on (The Pharcyde’s 1995 sophomore classic) Labcabincalifornia but wasn’t familiar with the production credits at that point.  In ’96, Busta Rhymes’ ”Woo-hah” was the hottest thing out. The single was released in January, but the album in late March.For those 3 months, you heard that song EVERYWHERE. I was at my early DJin’ stages and would cop as much music as my budget would allow. One of those was the “Woo-Hah” CD single, which included a grip of remixes, including two from Dilla. One was the “Jay Dee Bounce Remix,” on which my group at the time had written one of our first tracks to; and the second one (my personal favorite), the “Jay Dee Other Shit Remix.” We blew up a few speakers with that one.  Then came Tribe’s Beats, Rhymes and Life, but credits were to “The Ummah.” I think it all sank in when I got (the Dilla produced) De La Soul’s ”Stakes Is High”12-inch.

DM: In your opinion, what gifts do you think Dilla left to the game?

Sev Dee: He was the millennium jazzman. Besides the music itself, I think any artist can get inspired by his story. His determination, dedication and originality are unparalleled.

DM: Why is it important to celebrate his memory all these years later?

Sev Dee: I really don’t know how important it is for the world. Quite frankly, it’s a very personal thing for me. I don’t think we have the mandate of “introducing Dilla to a new generation.” Those that have to know, will, the same way I learned about James Brown or Grandmaster Flash. The music will live forever.

DM: Do you remember where you were when you learned Dilla died?

Sev Dee: Introducing him to (Alaclair Ensemble’s) KenLo, no less. I believe he mentions parts of this in the Piu Piu documentary.  I had a studio back then,  and KenLo was in town from Quebec City. I was telling him how I had just stumbled on a bunch of beat tapes online and was bumping him the 2005 batch. KenLo was already familiar with his production, but hadn’t put the name with the beats yet. As I’m bumping these beats and telling him about how much of a genius the guy was, I get a call so I ran to the vocal booth cause I didn’t want to stop the music.It was my man DJ Manifest who broke the news. I was still feeling the bass blasting out the speaker on the other side. “Yo Dilla just died.” There was a brain overload at that moment. I really don’t quite remember a lot from the point I hung up the phone. I went back in the studio, told KenLo the guy had left the building, sat on the floor and started sobbing like a baby. Unbeknownst to me at the time, this must’ve had a profound impact on KenLo… as a few weeks later, he sent me (famed series beat tape debut) Craqnuques Noir.I don’t think we ever spoke about that day, but I know it had a huge impact on him and his production.
DM: Who do you wish Dilla could have collabed with but didn’t?

Sev Dee: Personal feelings aside, I think he should’ve had two beats on that Marshall Mathers LP.

DM: What did listening to Dilla do to inform your style/skill set?

Sev Dee: I’m not quoting, but Dilla once said that every time he spoke to a Diamond D or a Pete Rock, they were in the lab, which in turn pushed him to hit the lab and just PRODUCE. Dilla did the same for me. To this day, I only need to hear the first four beats of a Dilla production to make me want to stop everything, go back home and make 10 beats. ■

The Montreal Loves Dilla party takes place at at Inspecteur Épingle (4051 St-Hubert) on Saturday, Feb. 7, 10 p.m. Free before midnight, $5 after