Jean Leloup is a celebrity in Quebec.

Across the language barrier, his playful singer-songwriter pop has always held more appeal than that of many local franco artists, especially those entrenched in floor-stomping roots music and leathery butt-rock. That stuff is anglo kryptonite. For this anglo, anyway.

I’ve been listening to Leloup since I was a kid growing up with MusiquePlus — “1990” and “Isabelle, j’te déteste” are epic songs (and videos) for me, an easy fit with the better pop music I was into at the time, and the French canon I’d come to appreciate later. Even today, echoes of Serge Gainsbourg’s “Bonnie and Clyde” emanate from “Willie,” the lead track off Leloup’s eighth album, À Paradis City (out now on Grosse Boîte).

In the lead-up to this new release — his first record since 2009, launched to a small audience at the Montreal Planetarium on Feb. 2 — I spoke to Leloup for an hour in his manager’s Rosemont office. The interview began as a conversation about interviews.

“I’ve been famous, or I’ve been known, for about 30 years — I’m old, 53 or 54, I don’t remember,” Leloup says (he turns 54 in May), “so when people ask me questions, they know my background, maybe too much. I’m like the older brother of people in Montreal, or in Quebec — they have seen him doing good shows and sometimes very bad shows; they have seen him stupidly drunk in the street; they have seen him being straight and then not. Some people think I’m nasty to journalists, or I’m laughing at them — and I’m not. So people can be a bit shy when they ask questions.” 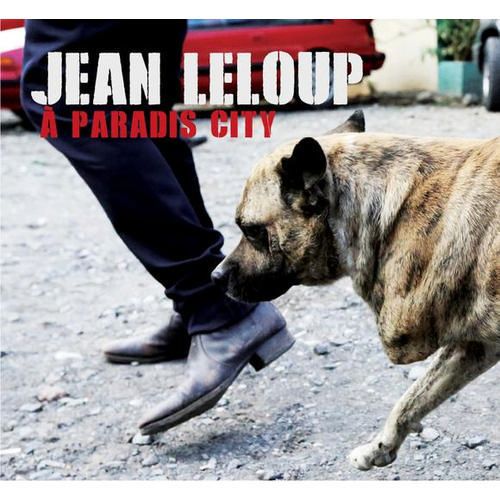 Leloup was seated on a futon in front of a wall decked with posters for his new album, so I asked him about the photo of a three-legged dog on its cover. It turns out the dog lived in a garage in Costa Rica, where Leloup recently lived for six months with his girlfriend. He was trying to launch a new career as a documentary filmmaker by making a movie about Costa Rican mountain monkeys.

“Monkeys are cool but difficult to film,” he says. “Generally when it’s interesting, the camera’s not there. To capture everything, you need the camera on your back all the time and the people that you meet, when they see the camera, it’s finished. “I was supposed to do documentaries and I found some producers and sponsors and big money — and I hated it. I did all that and I hated it. It sucks, ein? I was praying to love it, but I’m not made for that at all. Too much paperwork. So I composed some songs with my guitar, and the movie is there.”

Launching new careers is a preoccupation for Leloup, who introduced the topic by saying he suspects he’s “quadripolar — you have bipolar and you have quadripolar.” (He discussed his bipolar diagnosis in a more thorough, serious manner during his appearance on Tout le monde en parle on Feb. 1, if you want to find that on YouTube.)

Equally boring for Leloup is the big business of nostalgia tours and over-touring. He cited the Rolling Stones and Radiohead as examples, contemplating what on earth they could be doing with their money. And despite the 9 to 5 work ethic espoused by musicians as cool as Nick Cave, Leloup refuses to believe that making music functions that way.

“Generally I find myself very bad at music, I don’t think I have a lot of talent, but I continue because I like music, I like to compose. Sometimes I do a song and I say, ‘That it’s! That’s as good as Bob Dylan.’ And then I do an album that I think they will finally understand, but when I look at my last album, I always find it shitty. I always feel like I have to finally do some good songs, that next time it will be THE album. I’m never satisfied. But it’s a quest.”

À Paradis City is an album to be satisfied with. It’s the sound of a songwriter at play, introducing a character that does battle with Death, spoken word by answering machine, orchestral flourishes, laser zaps and upright bass, all over a foundation of acoustic and electric guitars, and a voice that’s become iconic. It’s Leloup doing what he does best, what comes naturally. And despite his selfdeprecation, he seems to agree. “It’s the album that is the most true to what I am — I’m a loner; I’m more of a poet than a band guy,” he says, explaining that these songs were all written on his guitar, without computers or collaborators, and recorded live, minor vocal overdubs aside. “I like to compose songs in my head while I’m walking in the street, while I’m travelling.

“I didn’t try to complicate it,” he adds. “This is the real me. I’m kind of dark, I don’t really like rock or techno — I’m mellow. So this album, I think I will love it more than the others.” ■