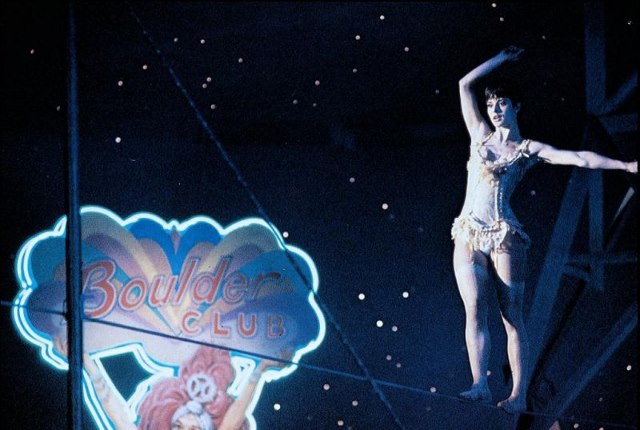 Nastassja Kinski in One From the Heart

Sharpen your skates and head over to Parc LaFontaine for the Silent Disco Squad’s Arctic Jamboree, the daytime dance party you plug into with your iPod. Check the website to download the soundtrack (or to stream it in real-time)and be ready to hit “play” when the clock strikes 2. Meet at corner of Parc Lafontaine & Napoleon, 1:45 p.m., free

Francis Ford Coppola’s One From the Heart was a colossal flop when it was first released in 1982, but it has aged surprisingly well. With colourful, slightly surreal cinematography and a terrific soundtrack by Tom Waits and Crystal Gayle, it’s well worth revisiting – the Cinémathèque is presenting a newly-restored 35mm print as part of a retrospective on colour in film curated by Hors-Champ magazine. 335 de Maisonneuve E., 7 p.m., $10/$9 students

Brace yourself for bullet-time, people. Alt-burlesque revue BurlesGeek is back at la Sala Rossa with the Matrix edition — yes, the movie The Matrix. The mind reels. 4848 St-Laurent, doors at 7 p.m., show at 7:30 p.m., $18

It’s been suggested that this week’s edition of Jazz & Dilla at NDG pub Honey Martin will be the last one. Whether or not that’s true, tonight is a good time to hit it — returning to the mic at this weekly homage to hip hop legend J Dilla is none other than the man’s brother, Illa J. 5916 Sherbrooke W., 10:30 p.m., free