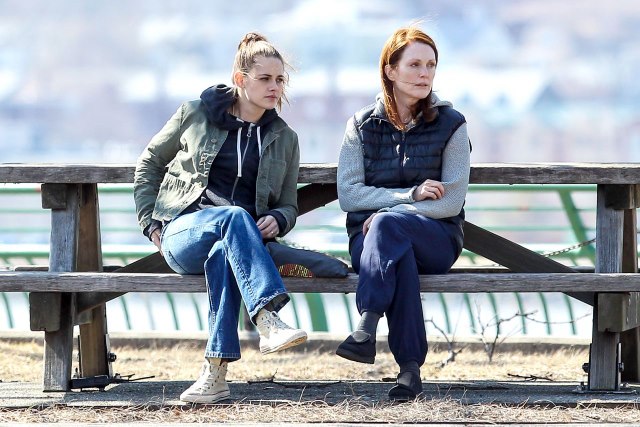 Long considered the bread and butter of the made-for-TV industry, the disease-of-the-week movie has also always had a place in the mainstream as an acting showcase. Putting a major star through the trials and transformations inherent to a life-threatening disease is a sure-fire way to garner awards attention. On the surface, Still Alice certainly doesn’t look like it’s going to buck the trend. ‘Julianne Moore as an early-onset Alzheimer’s patient’ practically comes across as a lab-patented formula designed to win Oscars. The directing team of Richard Glatzer and Wash Westmoreland (the latter has to be the Hollywood director with the most Pynchonesque name) has overcome all odds to make Still Alice a quietly effective, fairly unsentimental portrait of an illness.

When linguistics professor Alice Howland (Moore) starts forgetting words during lectures and getting confused while on runs, she consults with a neurologist (Stephen Kunken). The diagnosis isn’t positive: Alice has early-onset Alzheimer’s, a degenerative condition that means life as she knows it will soon begin to slip away. Her doctor husband (Alec Baldwin) has trouble coping with her slow, sometimes imperceptible decline, while her three grown children (Kate Bosworth, Hunter Parrish and Kristen Stewart) try to understand their mother’s illness and the fact that it may be hereditary.

When Alice announces her illness to her children, we’re spared the inevitable scene of everyone breaking down and holding each other; when she begins to forget words or even the identity of the people around her, the camera doesn’t suddenly begin to circle around her face so we can take in the heightened tragedy of her state. It’s subtle, unaffected and all the better for it. (The script does sometimes feels somewhat overly calculated; I’m sure audiences could relate to the horrors of Alzheimer’s without the added tragic irony of Alice being a linguistics professor who suddenly finds herself unable to communicate, for one.)

None of it would work without Julianne Moore. It’s a difficult role to pull off under any circumstance, but the unobtrusiveness of the direction means that it’s very easy for an actress to do too much, but Moore gives a perfectly understated and calibrated performance that ranks amongst her finest work ever. The decline is subtle, sometimes imperceptible; Moore keeps the character of Alice alive even when the film asks her to do very little. The film’s unadorned simplicity gives the rest of the cast little to do but assist sympathetically and watch as Alice slips away.

Still Alice’s simplicity of purpose is both its greatest strength and its most obvious weakness. The lack of melodramatic heartstring-tugging is refreshing in the context of what could otherwise come across as shameless award-baiting, but it also begets the question: why? What makes the story of this person worth telling over any other story of someone struggling with the disease? After taking a step back and looking at the movie a few days after seeing it, I’m left with the feeling that the film is curiously anonymous in its intentions. Its lack of artifice works to its advantage, but it also feels like playing it safe on some level. Still Alice remains an affecting and profoundly depressing film. ■