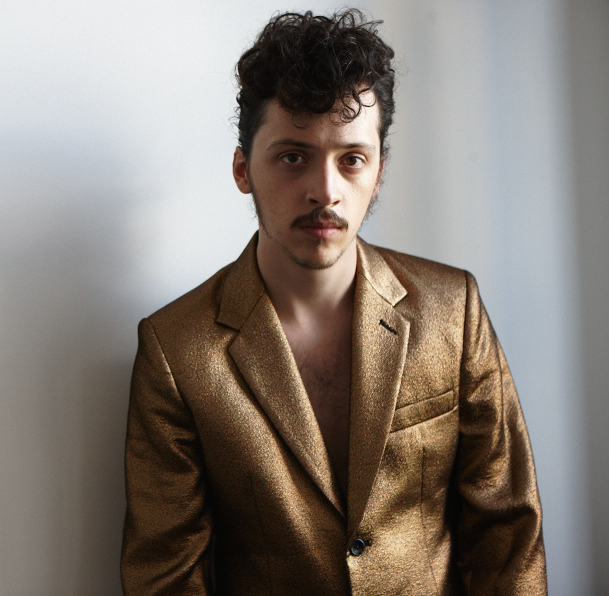 Four years after it was made and two years after its modest release, A Hound at the Hem is finally getting its due. The record by Toronto musician Slim Twig didn’t even make the Polaris Music Prize long list (of the best 40 Canadian albums of the year), inspiring one of the few critics who championed it to call out his fellow Polaris jurors as having failed to recognize a contemporary classic.

A Hound at the Hem is an exploration and explosion of baroque pop, with arrangements by Owen Pallet, and guests including Twig’s wife Meg Remy (U.S. Girls), Carl Didur (Zacht Automaat) and the St. Kitts Quartet. Lyrically, the album is strung together by a narrative derived from that of Lolita, the classic novel by Vladimir Nabakov.

“It was a book that made a really strong impression on me when I was a teenager,” says Twig (aka Max Turnbull). “The perspective it was written from sort of dovetailed with the way I’d been trying to write songs — through the eyes of someone whose world view is a bit skewed and demented.

“I was a little bit intimidated by the notion of drafting a storyline myself, but I was electrified by the idea of grafting my voice onto this existing set of dynamics. So you can listen to the album as a story, but you don’t have to do that to enjoy the record. It’s a deeper element for those who try to get the most out of their music.

“Musically, ” he adds, “it’s really on the line as far as not committing one way to being a pop album or an experimental release. It’s right in the middle, so it was difficult to attract a label.”

In 2012 (two years after its completion), A Hound was finally picked up by Pleasence Records, a small Toronto imprint that produces vinyl and cassettes, but in November 2014, New York label DFA rereleased it internationally on CD and digital formats. In what Twig calls ” a random Internet coincidence,” reps from DFA heard the album and approached him about the rerelease.

“I always felt it was my best work up to that point,” says Twig, “and the fact that it was distributed less than some of my prior titles was a source of frustration for me at the time. The DFA connection happened when I wasn’t looking for it at all.”

Part of the plan behind Twig and DFA’s partnership is to introduce a wider audience to Twig’s music ahead of releasing his new record this spring. And you can hear a preview of that forthcoming album at Twig’s show in Montreal this Wednesday.

“We play a couple of songs from A Hound, but the record is so orchestral and baroque that it’s difficult to come up with arrangements for a four-piece band. We’ve done that with a couple of the tunes, but we’re playing a lot of new material.”

As to what to expect from the record to-be, he says, “It’s a little bit more guitar-centric. A Hound is really a keyboard album to me — it was written on piano and all the textures are different synths and pianos and even harpsichord and mellotron.

“The idea [with the new record] is to drag something that resembles rock ‘n’ roll into a place of cultural interest ’cause rock ‘n’ roll is corny, even to say those words. I was interested in those archaic classic rock textures, and seeing if it was possible to reinvigorate them. There’s a lot of fusion between guitar rock and a more modern approach to creating a sound world.”

Twig has a tendency to take sharp stylistic turns with each record — from garage to psychedelic to orchestral pop to post-modern rock — a phenomenon attributes to ever-changing tastes.

“My own music practice often mimics my fascination with whatever music I’m consuming. I’m easily inspired, and I’m always listening to different kinds of music, so new things are filtering in and causing some sort of chemical reactions with my brain.” ■