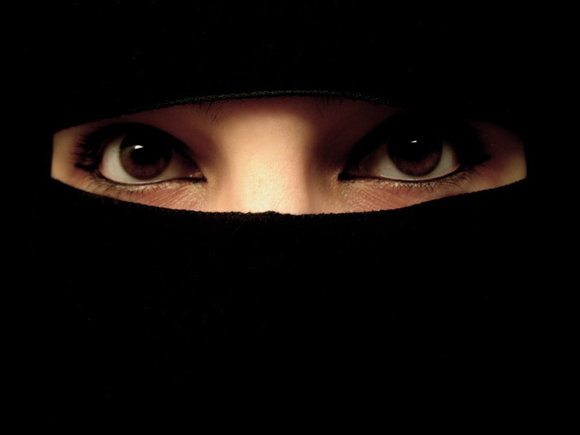 The debate in the West over how to best fight Islamic fundamentalism can’t help but remind you of Aesop’s famous fable of an argument between the North Wind and the Sun about which of them is stronger. The wind brags that it can blow the coat right off a passer-by, and proceeds to huff and puff and … well, the guy just grabs his coat even tighter. Then it’s the sun’s turn and he turns up the warmth, prompting the test subject to remove his coat, loosen his scarf and smile.

It’s a moral that even the youngest kids can grasp: persuasion is better than force.

That’s a principle that is implicitly recognized in a society that relies on its institutions — including its religious ones — to preach a code of conduct that teaches us all that we should care about our fellow passengers on Planet Earth. Yes, we have laws and courts and police to exercise force when it’s deemed necessary, but imagine how much more violence would be required to keep a population in line if coercion rather than conviction was the state’s main weapon.

So let’s get back to the issue of religious fundamentalism. And let’s pretend for a moment that we’re not just talking about Muslims. Let’s say, just for fun, that we’re talking about Christians in the United States. And lets pretend we think they’re all pretty much the same, from Mormons to Presbyterians to United Church Anglicans. And in our minds, they’re pretty much all like the Amish, dressing funny and spending way too much time praying.

So to show how serious we are about fighting Christian fundamentalism, we forbid everyone from acting too Amish. Their children are not allowed to dress alike when they come to school. (Except if we tell them exactly how to dress alike.) Adults are not allowed to take prayer breaks at work — it makes us uncomfortable. (Breaks are for caffeine or nicotine ingestion only.) Christians who insist on wearing funny hats or bonnets are barred from working in the public service (because we think the hats mean they think they’re better than us).

Most importantly, they must never, ever say, “God is great!” That shit scares the hell out of us because we think it means, “I’ve got a bomb.”

A year ago, as I walked around the boutique of the Montreal Biodome with a friend and her son, I noticed a Muslim family that seemed to represent three generations. The grandmother was wearing a dark niqab, which covered her completely except for her eyes. The mother wore a floral hijab headscarf. Her daughters, one about eight, the other a teenager, wore nothing on their heads. Three different ways of expressing faith, all in the same family. I remember thinking that forcing the daughters to cover themselves with a niqab would be just as much of a violation as ripping it off the grandmother.

You can’t erase religious beliefs with laws. You don’t fight fundamentalism by attacking religious symbols that can be just as dear to pacifists as they are to extremists. You don’t encourage moderation among Muslims by promoting fear of anyone who practises the faith.

Which is why it’s so frustrating to hear Quebec politicians like Bernard Drainville exploit the recent terror attacks in France as an opportunity to drag the whole Charter of Values debate back onto the front burner.

Listen: France’s vaunted secular state didn’t eliminate fundamentalism; many would argue it strengthened it. Laws forbidding the wearing of religious clothing in schools merely made newcomers feel even more like unwelcome outsiders than they already had. France took the North Wind approach to its growing Muslim population, which is already buffeted by high unemployment and racial discrimination.

In the aftermath of the Charlie Hebdo killings, a French-born reporter for the Le Monde newspaper was persuaded to describe his own daily battles with anti-Muslim bias, which included referring to himself on the phone only as Monsieur Kessous, because using his first name, Mustapha, would often provoke mistrust or even obstruction, despite his flawless French and his affiliation with the respected newspaper.

This suspicion of Muslims and antagonism towards any public manifestation of piety is of course not unique to France, but the French penchant for “secularism” has allowed it to cloak an anti-Muslim backlash in an all-in-one ban on all forms of ostentatious religiosity. Conveniently, lay Catholics aren’t required to wear any symbols of their faith, so the only outlandish crosses you’ll likely find are hanging on the necks of Parisian hip hop artists.

But we have to do something, right? We can’t let the terrorists win!

(P.S.: Three homegrown terrorists have spurred a reaction that has provoked a new wave of anti-Muslim sentiment and France is hiring 2,600 new counter-terrorist officers and spending nearly $600-million on new security measures. I’d call that an overwhelming win for terrorism. Even in Quebec, a new poll says anti-immigration sentiment has risen sharply since the Charlie Hebdo attacks and 59 per cent of Quebecers are now in favour of a Charter here: another win for those who would wage religious war.)

As if letting Mustapha wear his keffiyeh as he drives an STM bus or Aisha wear a headscarf while verifying your Quebec tax returns is a victory for terror. When we accept people from a culture that tells them what they MUST wear and then we tell them what they MUSTN’T wear, we are revealing our own hypocrisy.

So how do we fight fundamentalism? We must first abandon our own. Our laws already reflect the basic tenets of our commonly held beliefs — no other form of coercion is needed. We must trust that the values of our society and the values of those who join us here are not incompatible or irreconcilable. We must be open to accepting that we may have just as much to learn from other cultures as they do from us; that a few generations of seniority on this stolen patch of land does not give us the right to tell others how to express or suppress their relationship with whatever higher power floats their boat.

Let the storm clouds pass and let a little sunshine in. The people targeted by the Charter movement are not our enemies, they are our allies. Let them know it and that’s how we truly begin to win the war on terror.  ■