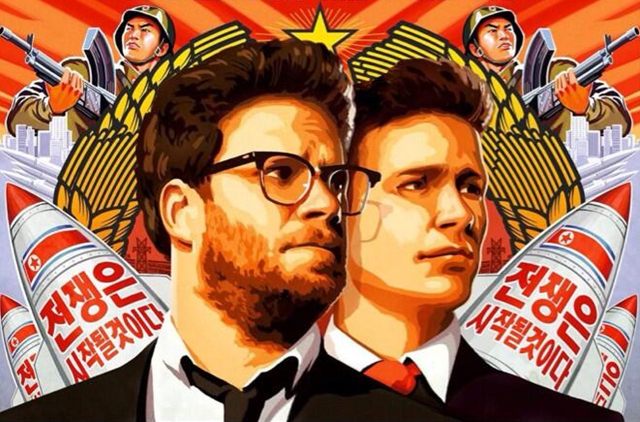 Frankly, I had pretty much given up on watching The Interview. Not because I thought it would never come out, but because the kerfuffle that followed the Sony leaks and the threats from mysterious, possibly North Korean hackers coloured public opinion of the movie so much that I figured I could never have an unbiased opinion of it. It was either an unmitigated disaster or a covert masterpiece silenced by unpatriotic forces. I figured I would give myself a year to let the hoopla die down — but then curiosity got the better of me, and I ponied up the $7.99 it costs to rent the film on iTunes. (It seemed somehow too on-the-nose to pirate the film, and besides, I so rarely pay for films that I figured this was worth being a supportive audience member.)

Now that the film has found a Montreal theatrical release at Dollar Cinema on Friday, I’m here to report the news everyone feared most about The Interview: it’s no subversive masterpiece, but it’s hardly The Day the Clown Cried, either. It’s a stupid Seth Rogen movie, much like it always promised to be.

Dave Skylark (James Franco) is America’s most famous gossip show host; his show Skylark Tonight exists somewhere between Charlie Rose and TMZ (but closer to the latter). On the eve of the show’s 1,000-episode anniversary, Skylark’s producer and best friend Aaron (Rogen) begins to strive for weightier content. His concerns are soon addressed in the form of reclusive North Korean dictator Kim Jong-Un (Randall Park), who happens to be a huge fan of Skylark’s. The North Korean government agrees to a filmed (but scripted) interview on North Korean territory; Skylark and Aaron have barely agreed to the interview when they’re approached by a CIA agent (Lizzy Caplan) who asks them to assassinate the dictator with a strategically placed strip of poison. They agree to serve their country — a decision that soon sours when Skylark falls under the chummy spell of Kim.

The Interview goes over a lot of the same themes that have become familiar coming from Rogen and co: male friendships, homoeroticism, partying, responsibilities and the desire to move beyond childish pursuits. It’s a film about assassinating Kim Jong-Un in the same way that Pineapple Express was a film about taking down a corrupt cop or Superbad was about getting laid; it’s what gets in the way of two guys trying to grow on their own without ruining their friendship. Needless to say, it’s a little familiar at this point; there’s only so many times you can laugh at Rogen reticently sticking something up his butt or yet another party montage set to a club banger before it starts to become old hat.

Rogen and directing partner Evan Goldberg successfully subverted that image in This Is The End, but it might be telling that they only devised the story of this one. The script is by Dan Sterling (who’s certainly no slouch in the comedy writing department — he’s worked on Girls, The Office, The Daily Show, The Sarah Silverman Program and the first season of South Park), who seems a little too acutely aware of who he’s writing the film for. There are funny moments, but they blend in too neatly with the rest of their oeuvre.

It doesn’t help that Rogen and Goldberg seemingly have no interest in incorporating satirical elements into what is ostensibly a political satire. The film condemns the living conditions in North Korea, but mostly as a way to set up Franco’s bro-based disappointment. The CIA characters are mostly there to prevent the film from entirely collapsing into a series of silly gags, which ultimately leads to the film not really being the attack on North Korea that the media has suggested it is. It’s the film’s laziness, not its bad taste (most of which is pretty obviously pitched as a product of its characters’ incompetence and cluelessness), that ultimately sinks it.

That’s not to say that The Interview is a waste. It’s a perfectly fine dumb raunchy comedy; Rogen and Franco (the latter doing some kind of Jerry Lewis impression for half the film; he’s not lampooning the plastic Seacrest-ness of his character as much as he is setting fucking fire to it) are always watchable and their chemistry has been proven to make even million-year-old jokes about butts and dicks instantly funnier. Goldberg and Rogen (and cinematographer Brandon Trost) give the film a nice visual edge that most comedies don’t have. It’s an entertaining film, just not a particularly intelligent or interesting one. Nothing worth going to war over. ■

The Interview is opening exclusively at Dollar Cinema (6900 Décarie) on Friday, Jan. 2. Admission will cost $5.