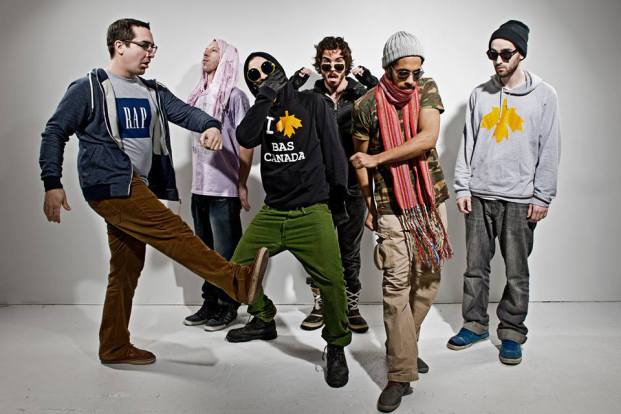 As far as freshman years in the turbulent world of show booking go, Heavy Trip did a bang-up job carving out a niche for the city’s alternative scene.

The term alternative might sound antiquated to some, but it’s how Heavy Trip founder — and still only employee — Michael Bardier describes the motley crew of artists he associates with. Strange then, that many of the acts in his stable — Solids, Heat (both of which he also manages), Alaclair Ensemble, Posterz, PyPy, Sonic Avenues and Chocolat, among others — don’t harken back to the days when alternative was a section at HMV, but rather are key components of the city’s latest bumper crop of DIY-ers.

So, alternative, but before the term lost its teeth.

“I wanted to prove that I could build something from that scene in Montreal,” says Bardier. “I’ve always been around that punk and alternative scene. It’s where I come from.”

Before starting Heavy Trip, Bardier was a booker at local indie imprint Dare to Care, but wasn’t all that interested in the label’s franco- and electro-heavy stable, so he left last December to start his one-man operation from his Verdun home. He wanted to book more outlandish parties in unlikely locales, like when Heavy Trip presented 2014 darlings Ought at Turbo Haus, or hip hop hotshots Posterz at St-Henri punk complex Death House.

“Posterz were ecstatic about playing a spot like that,” Bardier said. “I think any band that I work with would have to be okay with playing at a venue like Death House.”

On the surface there isn’t much that ties an independent franco rap troupe like Alaclair Ensemble with a remarkably polished Velvet Underground-esque rock band like Heat — who you should probably check out if you haven’t already — but Bardier says the Heavy Trip banner is meant to have a je ne sais quoi that ties everyone together.

“They’re all bums!” He jokes. “They all have the right attitude. It doesn’t matter the kind of music they play, they’re all punks at heart to me.”

Bardier also looks across the vast Quebec hinterland and sees a potential goldmine. Granted, hitting up Jonquière or Alma and playing in front of 30-100 kids might not make him and his bands millionaires, it could be a potentially sustainable network for local bands without incurring the heavier costs associated with ROC, American or European tours.

“I used to book (francophone folk-blues artist) Bernard Adamus, and he could do 100 shows a year just in Quebec,” Bardier says. “Playing to 30–100 kids isn’t bad at all. When Solids toured the U.S., they played some shows where there were less than that.”

For year two, Bardier intends to sign one or two more acts, and to book Montreal shows more regularly. He may also be preaching for his own band, but he sees a bright future for Heat. Based on glowing reviews of the group’s appearances at this year’s M for Montreal, it’s not hard to believe.

“There’s already been interest in Heat from cool labels. They have booking agents in both the U.S. and U.K.,” he says. “My expectations for them are high.” ■

Enter a contest to see this show for free, here.