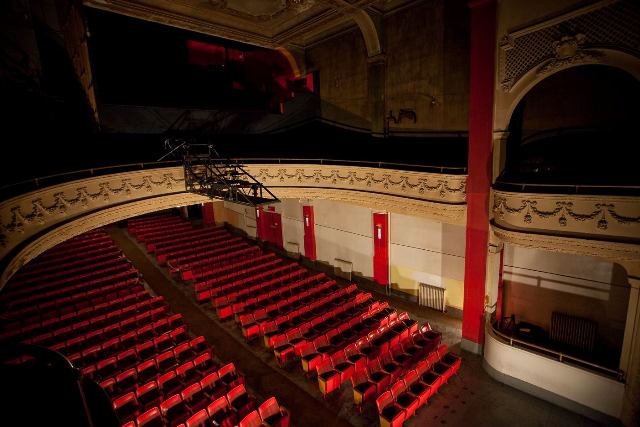 “I used to be really careful with what I said about what goes on at Cinéma l’Amour,” Koltai says, “but you what? If people don’t know, they won’t come by to check it out.”

In this documentary about the theatre, Koltai says, “Everything you can imagine has happened at Cinéma l’Amour.” In our conversation last week, he elaborated: “It’s not just the Pee-Wee Hermans, there are couples, there are voyeurs, there are exhibitionists. People have died! What can I say, we have an elderly clientele during the day. It actually amazes me how old some of them are, but how young they look. It must be the films.”

Admission is free for couples on Mondays and Tuesdays, and on Thursdays after 6 p.m.

There’s a couples’ area in the balcony, and (for $35 per couple) two curtained booths for ultimate privacy, all with a full view of the big screen.

Admission is free for women all day and night on Fridays.

Wednesdays are TTT:  free for transvestites, transsexuals and transgendered people, with à propos programming on the screen.

Call 514-849-6227 to have all this information repeated to you, in French, in a gravelly sexy voice, with more descriptive language.