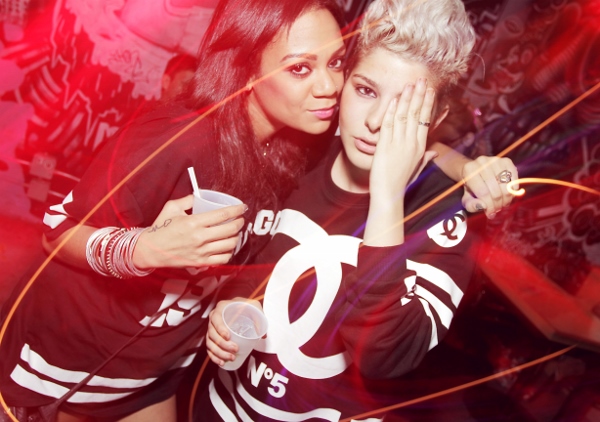 Cabaret Underworld, a downtown spot that’s hosted piles of parties and punk rock and hip hop shows since 2008, is the latest  Montreal music venue to bite the dust. The news was announced yesterday on Facebook by co-owner Alex Bastide:

“After 19 years of producing concerts and running venues, I have decided to close Cabaret Underworld.

…It was a great honour to work with so many awesome bands, fans and co-workers. Everyone was so passionate, and I appreciate that. The power of music is incredible and I’m proud that I was able to promote, host and support many artists and bring them to Montreal.” (See the full statement here.)

In a phone conversation this morning, Bastide elaborated on his decision: “I’ve been doing this a really long time, and it’s a lot of work to run a venue — I’m getting tired of it. The booking is becoming more challenging because big promoters always have first bid — they buy so much every year. It’s really tough.”

With the shuttering of Underworld, a chapter in Montreal punk/skate culture is closing, too. Underworld, the skate-apparel/record shop and music venue opened in 1995 at 10338 Millen (Ahuntsic), producing 300 shows between ’95 and ’98. As Underworld Musik, Bastide continued to book concerts around Montreal through the aughts, also managing two skate/record shops downtown and, in recent years, a skate shop in Vancouver. But the B.C. outpost will likely close in 2015, as its local equivalent downstairs from Cabaret Underworld did last year.

As negative as all this sounds, it’s not a total fail for the local economy after all. Part of Bastide’s reason for bowing out of the concert scene is his co-ownership/management of the Gros Luxe restaurants, which have been so successful that at least two new locations are due to open in 2015. And as hinted in his announcement, Bastide confirmed that a collective of Montreal promoters will be taking over the Cabaret Underworld space within months. ■

Cabaret Underworld (1403 Ste-Elisabeth) will be hosting a punk rock/burlesque/black-light New Year’s Eve party with the Brains (live) and  a show by Queb rappers les Anticipateurs on Jan. 3.