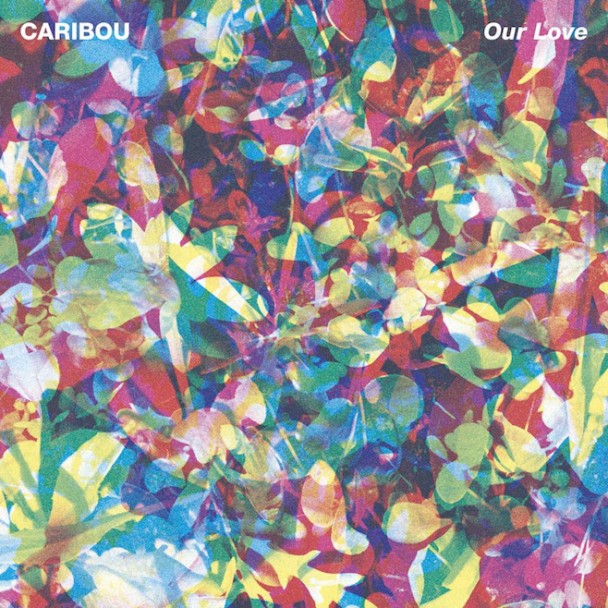 From emerging talent on the homefront to exciting international debuts and strong albums by established artists, it’s been a banner year for music — at least if you know where to find the good stuff.

Whether you’re looking for suggested listening or want to compare notes, check out these Top 10 Albums lists, as well as musical revelations and disappointments of the year, by six music writers at Cult MTL.

8. Ought, More Than Any Other Day (Constellation)

Biggest revelation: Female musicians made a big impression on me this year. The three women on my Top 10 Albums list — British deep-freeze R&B singer FKA Twigs, U.S. art rocker St. Vincent and leftfield singer/beatmaker Tune-Yards — are also powerful performers who put on unforgettable shows. And although her record didn’t make my list, Tanya Tagaq’s finale at the Polaris Music Prize gala in Toronto — where I stood among the awestruck crowd (within punching distance of Jian Ghomeshi, incidentally, a month before his downfall) — was a fierce expression of anger and a pointed political statement that’ll stay with me forever.

Biggest disappointment: And it’s women in music again. The other women in music. The ones who have to show their ass to succeed, whether it’s to break into the mainstream for the first time, or to boost sagging careers. Or perform in their underwear in front of a giant display of the word FEMINIST, while being married to a mogul who has undoubtedly played a major role in keeping her famous. I don’t mind Beyoncé, and I actually enjoy a couple of Iggy Azalea tracks, but messing with the feminist tag and airing ignorance in public (read more about Iggy in Darcy’s write-up below) is even worse than dropping your pants for money and calling it art. Also, Taylor Swift said that 1989 (the name of her album and the year she was born) was a really progressive and rebellious year. So she’s a moron, too.

6. Thee Silver Mt. Zion Memorial Orchestra, Fuck Off Get Free We Pour Light On Everything (Constellation)

Biggest disappointment: Shortly after a band called Pomplamoose made public its slim earnings from a tour (later to be revealed as a marketing hoax), another turd was flushed down the social media pipes, but unfortunately this was hardly another savvy stunt. After two band members split from the fold, Can-con shit-baggers the Darcys announced that after slumping record sales that they were going to intentionally pursue a more mainstream sound to increase their ability to “push some units.” Feeling a little inquisitive, I decided to check out their uh, more “experimental” phase only to be greeted by tepid and myopic indie rock — soooooooprize! Looking at the records that really put the bacon on my burger in 2014, I have to wonder what in the fuck these talentless and callous hacks are thinking. In mainstream music, most ideas are hatched in boardrooms or producer’s booths, so why are we so incensed to hear the grumblings of these trustafarian humps? Probably because a musician revealing their true vision while keeping in tune with their ingrained spirit is what gets real music fans’ spines o’ tinglin’. I know this will likely be looked at as the proverbial shooting of fish in a barrel, but just in case this hasn’t already been said to death, let me address the Darcys once again:

Dear Tin Pan Alley accountants,
Please stop polluting the independent music market place, which is already largely populated by people who have iron clad passion and are willing to go through daily sacrifices to do what they truly love. Just shut yer privileged gobs up and get a regular job like the rest of us.

Signed,
A fan of music

4. The Notwist, Close to the Glass (SubPop)

8. Woods, With Light and Love (Woodsist)

Mark Orton’s excellent score for Alexander Payne’s Nebraska (released late 2013). Such a movie needed a strong sonic tapestry and the leader of folky jazz ensemble Tin Hat Trio delivered. Like much of the music out there nowadays, movie soundtracks tend to be neither here nor there. Orton’s work provides strong themes and a tasty road movie mood that doesn’t feel cliché or tired.

The ever-growing fear of a strong identity. Every voice going for that same heavy yet emotionally ambiguous post-Thom Yorke/James Blake wail. Arrangements like half-assed crate-digging: a little pop, a little R&B, a little rock, yet no discernable flavour. This generation’s Chad Kroegers are just a little cuter. 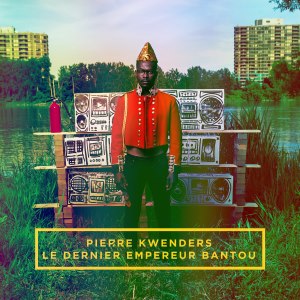 3. The Roots, …And Then You Shoot Your Cousin (Def Jam)

9. Black Milk, If There’s a Hell Below (Computer Ugly)

Biggest Revelation: To me the best thing to happen in hip hop this year was De La Soul giving their Tommy Boy discography away. In the cold of mid-February it was like a sudden little Daisy Age renaissance. I moved that weekend and even though I own all that shit and then some already, I proudly partook in the phenomenon and made De La the soundtrack to my third-floor high rising’. The last 15 minutes of Ty Segall at POP Montreal — right after a high-calibre set from Schoolboy Q, probably the best-executed rap set I saw in 2014  — was the freshest shit to catch me off-guard this year. Second up was Twisted Sister at Heavy Montreal, which was a genius warping of time and space. Danny Brown had a serious moment at Osheaga. Lorde then eclipsed the entire weekend. But my personal top show of the year was Lauryn Hill at l’Olympia.

Biggest Disappointment: Am I gonna sit here whining like a baby and pretend it wasn’t a bummer that Run the Jewels cancelled? Yes. But that shit was no one’s fault. They’ll be here in…late July. I’m disappointed no one booked a Fishbone/Primus double-bill in Montreal, off-Rockfest, and I wag my finger at some fictional promoter I wish existed. It also sucked what U2 did to modern civilization.

But the biggest, baddest waste of my show-attending time this year was, completely expectedly, Iggy Azalea, who brought her breathless, gluten-based-pancake ignorance to…life?…at Ile Soniq’s inagural weekend. It occurred to me, as I tried  hard not to look away, that Dee Snyder’s feigned youthful effervesence, less than a week prior — from the same vantage point, and by Jumbotron comparison — had hit higher levels of hip hop credibility. My sincere hope for Iggy in 2015 is not so much that she takes a good, long look at herself in the mirror so much as that she just gets back to rapping into her hairbrush.

6. Ought, More Than Any Other Day (Constellation)

Biggest revelation: The way I consume music changed in a big way this year, which feels more important than the effects of any one artist. I’ve become so accustomed to creating my own playlists over two streaming services, plus picking tracks from SoundCloud and Bandcamp, that I had difficulty even coming up with 10 albums this year that I considered essential front-to-back listens. What may have saved the album format for me this year was NPR’s advance album stream website. Go figure.

Biggest disappointment: I love pop music, but the supposed cream of this year’s mainstream crop was mostly rancid on arrival. Sam Smith burned whatever goodwill he amassed from “Latch” by peddling the worst kind of X-Factor cheeseball shlock as a follow-up. Iggy Azalea and Ariana Grande are unintelligible and desperately need elocution lessons. That “All About the Bass” song sounded like a shitty Grease outtake not even Olivia Newton-John could save.

9. The War on Drugs, Lost in the Dream (Secretly Canadian)

Like the fading gleam of last night’s glowsticks, 2014 may go down as the year when the shine of EDM began to lose its lustre. The Swedish House Mafia split up, Avicii’s in rehab and Steve Aoki is cake-tossing himself into irrelevance. What better time for the grand daddies of electronic music to tour the world and show everyone how it’s done? When the spaceship Kraftwerk touched down at Metropolis in March, they presented a spectacle of sound and vision (some 44 years in the making) far superior to today’s crop of ready-made has-beens.

Noise complaints are still an issue in the Plateau. If you are the kind of person who values the cultural currency that comes with living in a vibrant neighbourhood (and keeps dining out on the same anecdote about the time you saw Leonard Cohen at Bagels, Etc.), you have to be prepared to accept everything that comes with that. In practical terms, it means that if you live above a show bar you are going to have to contend with loud music on most nights. Don’t be a dick. You knew what was there when you moved in. ■