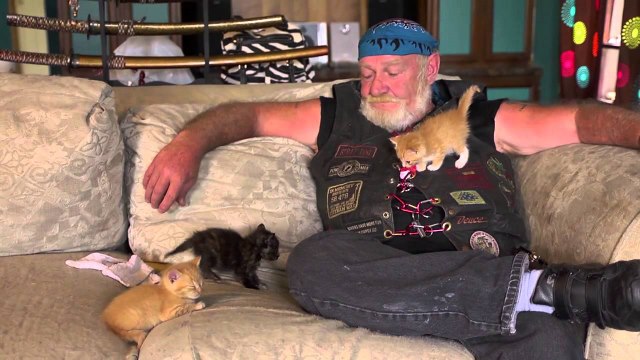 The RIDM documentary fest ends this weekend. We saw two of the films closing up the festival:

Debra Granik, director of the acclaimed drama Winter’s Bone, turns to documentary with this portrait of Ronnie Hall. A grizzled biker and Vietnam vet, Hall had a bit part in Winter’s Bone and lives in the same milieu of impoverished Midwestern redneck America that film portrayed so starkly. The doc looks through a softer lens, with Hall coming across as a gentle giant whose imposing appearance belies a kind heart as he devotes his time to helping other veterans and families of fallen soldiers.

The film paints a bleak picture of the lower rungs of the USA’s class system, and its members’ well-documented state of chronic denial. Again and again we hear people parroting the same clichés justifying the American military misadventures overseas; we also witness Hall, who’s unemployed and lives in a trailer, disapprovingly describe others as “white trash” with no apparent irony or self-consciousness. In perhaps the film’s most bitterly ironic moment, after Hall’s Mexican wife brings her two teenage sons to live with them, one of their neighbours blithely tells the boys he’s sure they must be happy to have escaped to this land of opportunity — as they stand in a dilapidated, remote and isolated trailer park in winter.

Hall is sympathetic enough as a character to make the doc less than completely depressing, but as a film it’s not narratively strong enough; it meanders along and then just abruptly ends. Like earlier RIDM standout The Overnighters, it mainly functions as a damning document of the American Dream’s decline. (Malcolm Fraser) 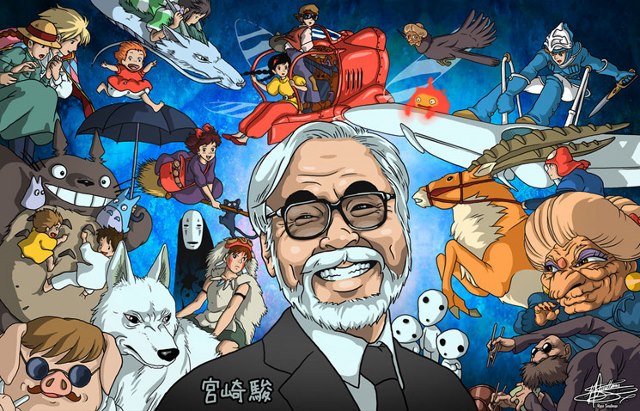 The Kingdom of Dreams and Madness

Japanese filmmaker Mami Sunada profiles beloved animator Hayao Miyazaki and his Studio Ghibli as the director strives to complete his latest (and supposedly final) film, The Wind Rises. Miyazaki’s approach is resolutely old-school; he draws his frames by hand and times them with a stopwatch. It’s also highly idiosyncratic; he draws storyboards in place of a script, works so slowly that production begins before he’s finished writing, and claims not to analyze or even understand the meaning of his own films. But strange as his methods may be, they’ve worked well for him so far, and the film shows how a thriving and lucrative business has blossomed from this artistic imagination.

The title is a little bit misleading — there isn’t a whole lot of madness going on here, though The Kingdom of Dreams and Gentle Eccentricity wouldn’t have been as catchy a title. Sunada tries her best to draw out the dark side of her subject, touching on his traumatic wartime childhood, his demands on his staff and his complicated relationship with mentor-turned-rival Isao Takahata. But the white-bearded 72-year-old seems to prefer the persona of a Zen sage, dispensing bits of stoic wisdom and whimsical observations rather than going deep into his issues.

Lacking any kind of substantial drama, the film probably could have shaved a little off its two-hour running time. But for fans of Miyazaki, animation or Japanese culture in general, it’s still a definite must-see. (Malcolm Fraser)