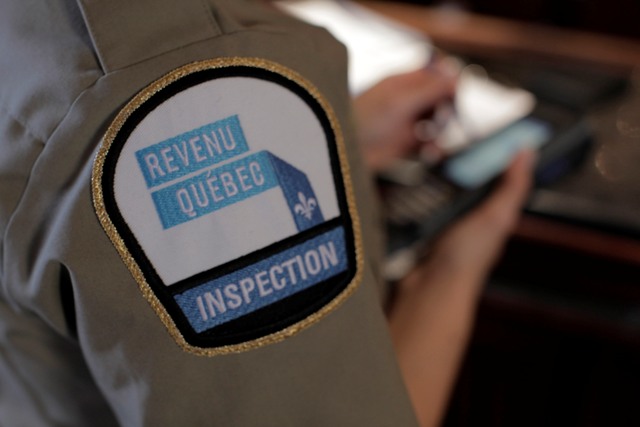 Both of these headlines are wrong, even according to the study they cite, which was produced by the right-wing Fraser Institute to specifically target Quebec. If you read the study, you’ll see it’s actually Nova Scotia that has the highest marginal tax rates in the country for two of the three income levels cited.

Quebec’s rate is the highest at the $50,000 level. When you combine federal and provincial income taxes, PEI, Nova Scotia and Manitoba all have higher rates than Quebec for people earning $75,000 and Nova Scotia has the highest rate for the $150,000+ income bracket.

“Quebec’s personal income tax rates are among the highest in North America,” is what the report actually states.

But the name of the study, “Quebec’s tax competitiveness: A barrier to prosperity,” clearly shows it’s the only province Fraser has in its gunsights as the authors casually brush past others with poorer tax or economic records. Especially Nova Scotia, the real Canadian poster province for high taxes and weak economic performance.

“Quebec’s tax system … is decidedly uncompetitive within Canada and more broadly North America (which) has contributed to its relatively poor economic performance across a range of indicators,” the report argues.

Yet the facts they cite show Quebec has often performed better than provinces with lower taxes, including Ontario, whose marginal tax rate for people earning $50,000 is 20 per cent lower than Quebec’s.

Here are some examples directly from the Fraser report:

“Quebec’s average total employment growth over this period (2003-2012) also compares poorly with most other Canadian provinces and the top-performing U.S. states. Only New Brunswick, Nova Scotia, Manitoba and Newfoundland and Labrador performed worse than Quebec among the 10 Canadian provinces.” Got that? Four of the other nine provinces had less job growth.

“Business investment is among the most important factors contributing to long-term economic growth and higher productivity. As shown in figure 6, Quebec is the fourth worst performing province between 2003 and 2012.” Yep, we were only better than PEI, Ontario and Nova Scotia.

“Quebec’s average annual real GDP growth of 1.5 per cent over this period was the fourth lowest among Canadian provinces.” Again, we did better than Ontario, Nova Scotia and New Brunswick.

So even a study that sets out to depict Quebec as having the highest income taxes — and a consequently and correspondingly weak economy — fails on both counts.

Okay now, repeat after me: Quebec does NOT have the highest income taxes in North America. PEI, Manitoba and Nova Scotia have similar or higher rates.

And try to keep in mind that one of the reasons why taxes are higher in Canada is that taxpayers receive a lot more services than U.S. residents, with universal healthcare just the most obvious example. You can’t compare taxes without also looking at the value of what those taxes provide. The same holds true for comparisons between Quebec and other provinces, none of which have universal daycare subsidies, drug insurance or a tuition-free college system.

So why did the Fraser Institute zero in on Quebec rather than the more deserving Nova Scotia for its tax-rate bitch slap? The answer comes in the report’s conclusion, which notes the Couillard government recently created the Quebec Taxation Review Committee, whose mandate is to make the system more competitive.

Not fairer. More competitive. And that’s where the slogan “highest taxation in North America” will come in handy as the Liberals try to sell Quebecers on more tax breaks for the wealthy and corporations at the expense of the middle class. ■