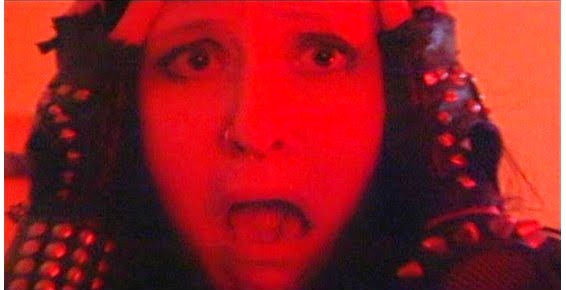 Independent films are often labours of love, but that rings especially true for Nuclear Neighbourhood – director Matt J Oliver and his producing partner Megan Schultz are all over the credits of their own movie, from conception to catering to building miniatures. Just about the only thing Oliver doesn’t do in his own micro-budget feature debut is act (though Schultz does that, too). I spoke to Oliver (who also hosts Cagibi’s Cult Movie Nights once a month) in preparation for the film’s screening at Soundcentral this Halloween.

Born out of a love for campy horror films (especially The Rocky Horror Picture Show, Friday the 13th and Evil Dead), Nuclear Neighbourhood is the story of Dan (local comedian Travis Cannon), a regular guy whose girlfriend goes missing one night. With the help of his friends Lizzy (Schultz) and Eugene (Steve Renouf), he goes to her rescue, stumbling upon a mad scientist (Jay Ferst) performing gruesome experiences with nuclear waste in a nearby mansion.

The film takes its cues from low-budget camp like The Toxic Avenger (the film’s most obvious spiritual predecessor) in both style and content. “We had a limited budget, obviously,” explains Oliver. “Troma does a lot of things independently, so you could definitely construe it in that way. I just wanted to make a fun adventure — the kinds of movies that I like.”

“I’d done a bunch of shorts in the past, and I came to Montreal wanting to do a feature,” Oliver (an Ottawa native) explains. Shot piecemeal over the course of five months, the film has a slightly hallucinatory, washed-out and deliberately grainy look.  “That’s all the editing done by my editor Frank Appache,” he explains. “We talked about how we wanted a ’70s grindhouse kind of look. We shot it on a Panasonic DVX, which isn’t an HD camera, but we shot it on 24p to give it kind of a film look.”

Since its premiere at Dollar Cinema in August, Nuclear Neighbourhood has been screening across the U.S. (it’s actually premiering in Brooklyn in November) and Canada in venues like Smiling Buddha in Toronto and the Mayfair Theatre in Ottawa. Oliver also plans to have screenings all over the East and West Coasts, with another hometown screening planned at Playhouse in December. ■

Nuclear Neighbourhood screens at Soundcentral (4486 Coloniale) this Friday, Oct. 31, 7 p.m., followed by a performance by Squalor. Entrance is free.