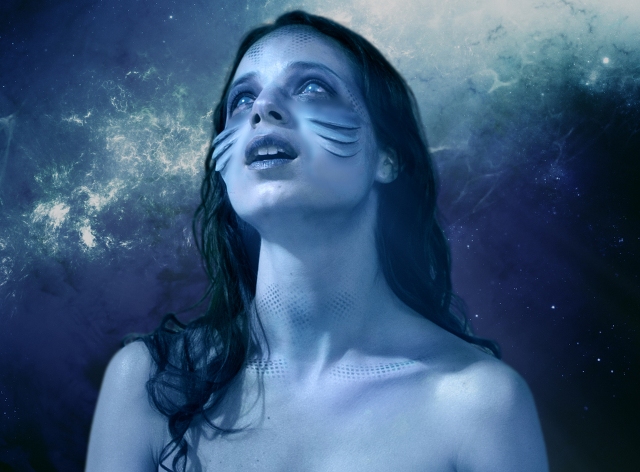 The Festival du nouveau cinéma continues. Here are some of the films screening at FNC today and tomorrow.

Christophe Honoré has somewhat of a spotty reputation in his native France: some have deemed him one of the greatest young filmmakers of his generations, while others have accused him of dilettantism with his homage-friendly, genre-spanning oeuvre. It’s hard to know what to make of his latest film at first — Métamorphoses is a bizarrely intemporal adaptation of Ovid’s 15-volume, 2,000-year-old poem that uses dreamlike present-day settings and frequently nude non-professional actors to tell the stories of Greek gods.

When they’re not naked, the Greek gods are wearing hoodies and Chucks, driving trucks and having sexy parties out in the woods. They mostly speak in affectless monotone, have casual sex without even really talking about it and sometimes transform into wild animals. With an aesthetic somewhere between David Hamilton, Gus van Sant and Pasolini’s Trilogy of Life, Honoré is drawing on a kind of outmoded ’70s art cinema that seemed like an off-putting affectation at first but eventually grew on me. It’s a bit silly, sure, but once you get used to the style, it’s a singular experience.

With a list of influences like the one above, Honoré is certainly not escaping any accusations of obvious homage. It’s a self-consciously arty, experimental film that never really transcends its aesthetics because it’s precisely about them. There is nothing more to the film than the very concept that these beautiful, bored young people are also Greek gods. One gets the feeling Honoré was less interested in putting a new spin on the Ovid tales than he was at making a slow-paced, obtuse and literate movie with lots of dicks and bush in it, but Métamorphoses is oddly fascinating nonetheless (also worth nothing: the presence of a track from Montrealer Sean Nicholas Savage!). (Alex Rose) 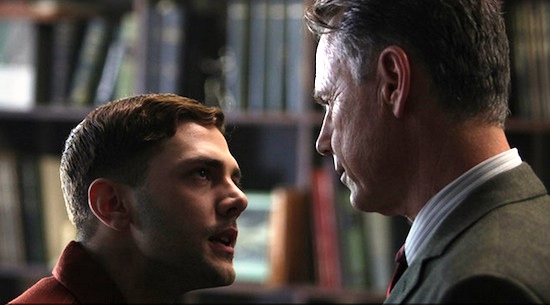 Xavier Dolan stretches his acting muscles in this Montreal-shot two-hander from Charles Binamé (Séraphin : un homme et son pêché, Cyberbully). The Boy Wonder plays Michael, a troubled, elephant-obsessed young man in a mental facility who is grilled by the hospital’s director (Bruce Greenwood) when a psychiatrist goes missing. It’s undeniably theatrical, with the action confined mostly to one room and only sporadically interrupted by a nurse (played by Catherine Keener) and Greenwood’s wife (played by Carrie-Anne Moss).

Elephant Song skillfully avoids feeling stagebound thanks to Binamé’s precise, steely direction and the way the script (by Nicolas Billon, from his play of the same name) coils onto itself endlessly. There’s surprisingly little to it on paper, yet Billon draws remarkable mental calisthenics from the premise, working the characters into an admirably controlled frenzy. Dolan gives a showy but believable performance (shades of James Franco poke through in his whiny, manipulative but fragile character) and Greenwood does equally great work as his barely contained authoritative foil.  (Alex Rose) 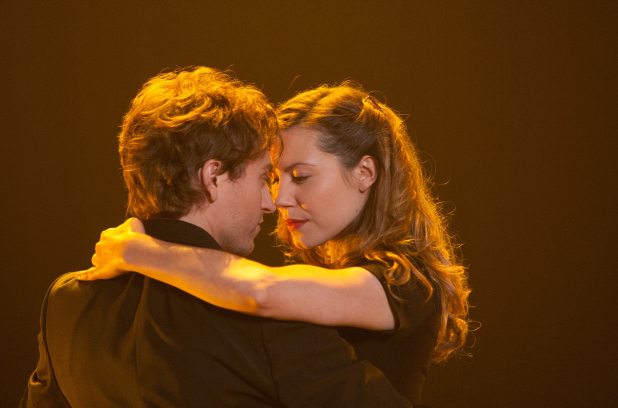 This drama from local filmmaker Carole Laure tells the story of a musical production and the romantic lives of its young performers. Attempting a sort of Altmanesque epic mish-mash, Laure overlaps several storylines in an ambitious attempt to cover every possible variation on modern relationships.

The characters and their stories are too many to mention in this small a space, but the main plots revolve around Louise (Magalie Lépine-Blondeau), who’s involved in a Big Sister-like relationship with a troubled young girl (Alice Morel-Michaud), and Julie (Natacha Filiatrault), a hard-partying single mother with low self-esteem. Filiatrault is the film’s high point, with a great physical presence and facial expressions that make what could have been an incredibly annoying character actually funny and sympathetic.

But Love Projet simply has too much going on, with an excess of storylines — a few of which are simply left dangling. Any moments that come close to really compelling drama are ruined with overly sentimental music. Speaking of which, the film’s other major problem is the songs from the production, which we see performed at various stages of rehearsal. Composer Lewis Furey, who happens to be Laure’s husband, is an experienced and acclaimed artist in his own right, so you have to give him the benefit of the doubt that he knows what he’s doing, but there’s something painfully awkward about the songs or the way they’re performed.

The film has a few potentially powerful moments, but they’re buried amid too much muddled melodrama and loose threads. It might have succeeded if it focused on a simpler storyline, but as is it’s like a scattershot machine gun blast that doesn’t hit any of its targets. (Malcolm Fraser) 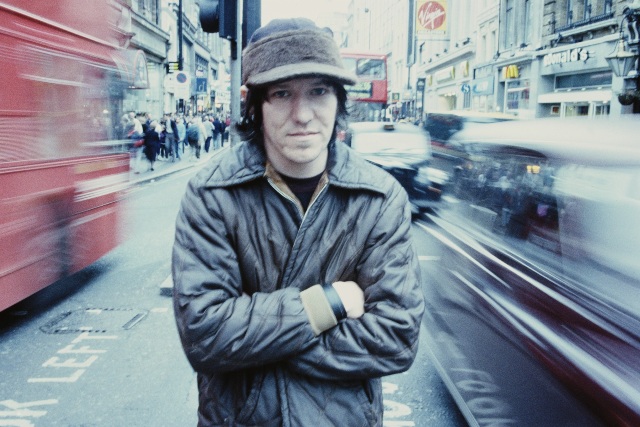 In 2014, you can’t be anointed a rock legend until you’ve already had a feature-length documentary made about you. Elliott Smith joins those ranks with Nickolas Rossi’s Heaven Adores You, a biographical documentary that takes its cue as much from Julien Temple’s impressionistic music docs as it does from the VH1-style talking-head-and-live-footage format.

Rossi isn’t so interested in the prurient aspects of Smith’s life; this isn’t an inquiry into whether the two knife wounds that killed him were self-inflicted or not, nor is it about Smith’s descent into drug addiction. Rossi is more interested in celebrating Smith’s music, separating the film into ‘chapters’ corresponding to each of Smith’s albums and filling the film with sequences of urban life and landscapes set to Smith songs.

These last sequences can sometimes feel like padding (especially when two of them are broken up by a couple of lines of dialogue at best) but they also go a long way setting the mood of the film. The interview subjects insist time and time again that Smith wasn’t the mopey guy that his albums and untimely demise suggest he is; a few of them even say that he would bristle at the thought of being described that way. While the resulting film is wistful and more than a little melancholy, it makes a pretty convincing case for the timelessness of Smith’s work. (Alex Rose)