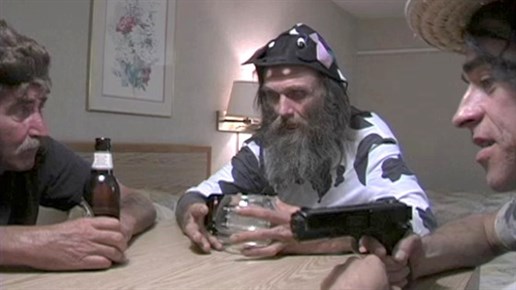 The Festival du nouveau cinéma continues. Here are some of the films screening at FNC today and tomorrow.

“I was born, lived and died for art,” is the only bio you’ll find on Giuseppe Andrews’ website. It doesn’t mention his roles in Detroit Rock City, American History X, Pleasantville or Independence Day, and you probably don’t remember who he played in those films anyway. So, what inspired Adam Rifkin (who directed Andrews in Detroit Rock City) to follow this guy around and make a 90-minute documentary about it? Well, as you might have guessed, Giuseppe makes movies, really weird no-budget movies, filmed in his friends’ apartments, around his trailer park home, or at a motel. His crew consists of himself and his dad; his cast consists of a ragtag bunch of homeless guys who are paid 20 to 50 bucks and bribed in beer.

Rifkin focuses on the making of one of these films, Garbanzo Gas, which is about a cow that gets an all-inclusive vacation to a motel courtesy of the owner of his slaughterhouse. His script is hand-written on scraps of paper and stapled together; the lines are delivered to the “actors” right before he starts filming and include hilarious gems about an ejaculating elephant trunk and a man talking to an orthopedic shoe.

Andrews is eccentric and intelligent, wild and passionate and eats a tin of sardines a day. Add the alcoholic and bedraggled cast members and you’ve got a perfect, character-driven doc, a sharply fun film pieced together with home-video style footage. A more traditional and linear documentary might have included the reason why Andrews quit acting and questioned the sincerity of his “creativity with no money” mantra. Is he just a broke nut bag who wears a wetsuit to film hobos in cow costumes?

Considering the affable portrait Rifkin presents, it’s obvious the director believes in the authenticity of this lovable film enthusiast and it’s hard not to fall for his charms, too. Proof: I am currently waiting for my own copy of Garbanzo Gas, purchased for the meagre price of $14.99. (Roxane Hudon) 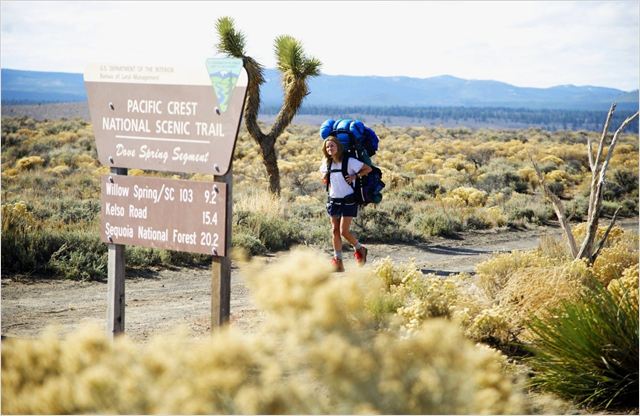 Jean-Marc Vallée follows up the acclaimed Dallas Buyers Club with another sun-bleached drama about overcoming impossible odds. Reese Witherspoon stars as Cheryl Strays, a former drug addict who decides to walk the entirety of the Pacific Coast Trail after the untimely death of her mother and the end of her marriage.

Witherspoon does some of the best work of her entire career as the emotionally bruised Strays, and Vallée constructs the film using more abstraction and experimentation than you’d expect for this kind of self-actualization drama, but the film sometimes falls victim to its worst instincts in appealing to the Oprah crowd. The ending is so full of feel-good mirth, it’s a wonder it didn’t include footage of Oprah herself yelling, “And YOU’RE getting a new lease on life ! And YOU’RE getting a new lease on life ! YOU’RE ALL GETTING NEW LEASES ON LIFE !” Thankfully the talents of Witherspoon, Vallée and his team elevate this past the level of basic Oscar bait. (Alex Rose) 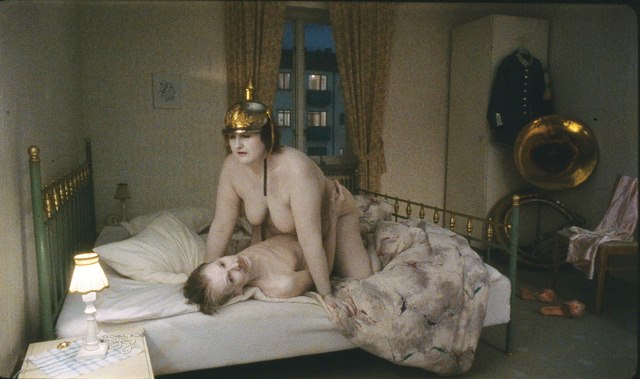 A Pigeon Sat on a Branch Reflecting on Existence

Roy Andersson’s films defy easy categorization: they’re absurdist, sure, and they’re sometimes funny, but they’re definitely not traditional comedies. They’re starkly Swedish, but Andersson has more fun in him than Bergman. I’ll fully cop to the fact that I don’t really get Andersson; as I walked out, I spied a woman with tears streaming down her face while her friend consoled her and described the film as “harrowing,” so clearly his work means different things to different people.

Using static tableaus and bizarrely ghoulish actors, Andersson puts forward 37 one-shot sketches of sorts, with the central theme of “existence.” The closest thing to a protagonist is a couple of itinerant Beckettian novelty joke vendors who turn up regularly in the film, but otherwise it’s is a series of outlandish vignettes that almost plays like an animated painting (or a Far Side cartoon reimagined by Fellini). I can’t say it did much for me, but it’s the work of an auteur with a truly singular voice. (Alex Rose) 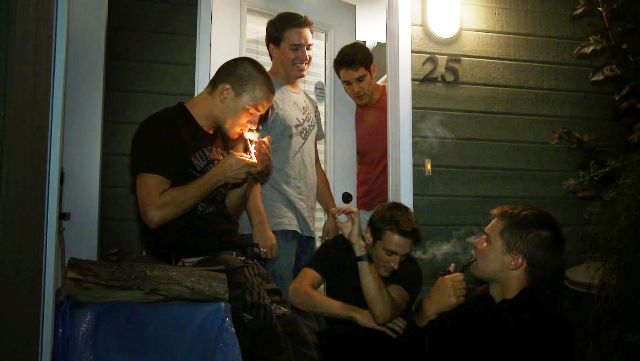 Wanting to capture the gritty truth of your “generation” (whatever that may entail) is an understandable artistic pursuit; it’s one that nearly everyone who creates fiction grapples with at some point, so I can’t possibly fault Pascal Plante for wanting to capture the regular conversations that his group of friends have in his debut feature.

Clearly indebted to Cassavetes, Plante’s film follows the loose, heavily improvised story of five childhood friends (originally bound together by their love for competitive swimming) who meet for a weekend of debauchery and bonding in their hometown. Pascal (Plante) is still reeling from a recent break-up; Dave (David Jouan) is attempting to leave his womanizing ways behind and get on the good side of a bartender at his local bar; Max (Max Dubois), the group’s only homosexual, is attempting to get his friends to grow up a little bit and leave childish pursuits behind. As they gather nightly to drink, talk and sometimes get lucky, old wounds are opened up, concerns are voiced and sex, love, intimacy and maturity are discussed at length.

Plante shows a remarkable talent at getting his cast of non-professionals to open up and act naturally; with rough, handheld camera work and extended dialogue sequences, it can be easy to forget that La génération porn is essentially a work of fiction. The cast’s candor and degree of naturalism is downright astounding at times, but the stuff that Plante is exploring isn’t nearly as compelling. A bunch of white bros in their mid-20’s discussing relationships essentially describes a wide swath of American independent cinema; it happened because it’s a thing that’s nearly universally understood to happen to a certain subset of the population, but that doesn’t mean it’s necessarily compelling every time.