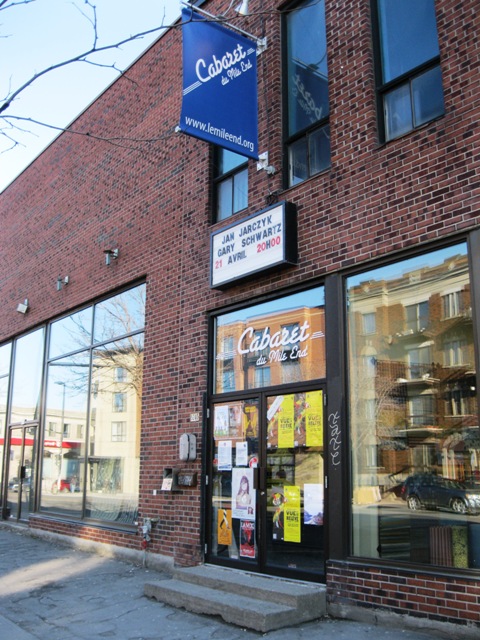 Neon Ballroom: You may have read elsewhere earlier this week that concert venue Cabaret du Mile End will be closing this December. Turns out that’s not the whole story. On Dec. 1, local promoter Neon will take over the space, which was also the location of the original Club Soda. The plan is to shut it down for renovations in December and January before re-opening with a new vibe and name in February.

Scary taxi: Montreal police are looking for a taxi driver suspected of sexually assaulting four women while on the job in the NDG area. This brings the total of reported sexual assaults in Montreal cabs this year to 17. The SPVM’s own advice to women who take cabs at night has come under fire as well: they say to not take a cab if you’re alone or drunk. How about catching the dirtbag so we don’t have to worry?

Stick a fork: After 82 years of brews and roast beef, Magnan’s Tavern on St-Patrick across the Lachine Canal will be closing in December. Sad as it may be to see another quirky Montreal institution go by the wayside, Magnan’s wasn’t all smiles and no. 5’s for eight decades: women customers weren’t even allowed inside till the late ’80s. Condo developers are likely licking their lips at Magnan’s prime location.

Maz Effect: Speaking of historic Montreal establishments, karaoke and billiards dive Maz Bar in NDG might not be long for this world either. Two part-owners are looking to sell their stakes in the joint and retire. Want to buy a bar?

And in the Luka Magnotta trial this week, the forensic pathologist who performed Jun Lin’s autopsy testified. The descriptions were graphic. ■