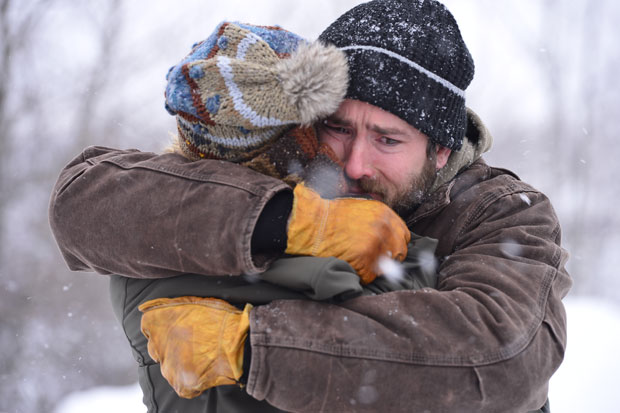 Ryan Reynolds in The Captive

Cannes audiences are known for vocally displaying their displeasure with a bad film. Sometimes, they boo the wrong film — I mean, they booed Taxi Driver. But after viewing Atom Egoyan’s latest film The Captive, it’s no wonder a chorus of boos rained down upon the theatre when the credits started rolling (and probably earlier, to be honest).

The Captive takes place (sort of) eight years after the disappearance of Cassandra (Alexia Fast). Her father, Matthew (Ryan Reynolds) and her mother Tina (Mireille Enos) are still (sort of) working with missing children detectives Nicole (Rosario Dawson) and Jeffrey (Scott Speedman) who are (sort of) still trying to find Cassandra. Clues that she’s still alive (sort of) revive the investigation. There’s no real suspense since we’re shown that Cassandra is still alive in the first five minutes. She’s being held captive by a wimpy pedophile computer genius who’s obviously supposed to be this generation’s Hannibal Lecter. He also has a moustache and loves opera, so you know he’s a total weirdo!

This movie looks like a first semester CEGEP film student was given a large budget and told to go nuts. The acting is uninspired, camera placements are odd, the script is corny, the score is overbearing and the cinematography is kind of ugly. It even looks like they used green screens for simple backgrounds like offices and diners.

The story is handled so clumsily that most of the viewing time is spent trying to piece it together. Seemingly important characters drift in and out of the story without any real explanation as to who they are or what their function is. Nearly every plot point hinges on dumb luck. The timeline is confusing; it jumps back and forth to different points over the eight-year time frame without any indication as to what year it’s supposed to be. The only clue they give you is the length of Rosario Dawson’s hair.

You’d think the pain of losing a child would be something an accomplished director like Egoyan would want to explore. This is not the case. Rather than focus on the kid’s parents (sounds like a total snorefest, am I right?), he seems more concerned with the police. Their “police work,” however, consists of waiting for clues to fall into their laps and making wild, baseless accusations (Cassandra’s father is broke and got into a bar fight when he was 18? He must have sold his daughter to a pedophile!)

Despite all this, the worst thing about The Captive is that it’s clearly trying to make a statement about pedophilia and the dangers of the Internet. Unfortunately, such a sensitive subject is handled without any kind of genuine emotion and with so little care that it feels like Egoyan is just using it as a cheap vessel for a really bad thriller. I would like to think that he’s a better filmmaker than that.

Every movie should have a raison d’être. Unfortunately, I just can’t find one in The Captive. ■

The Captive opens in theatres today