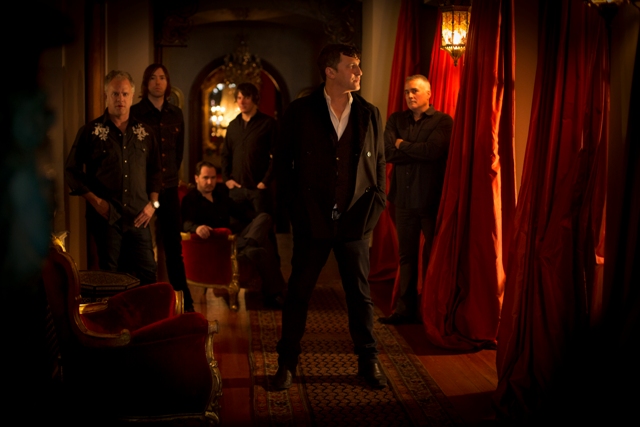 I met Greg Dulli and the Afghan Whigs 20 years ago, when they were in town supporting their break-out album Gentlemen. Through a chance meeting with support act Paul K, I got backstage and was subsequently schooled by Dulli and co. on single malt whiskey and the power of soul music. That night left a big impression on my 16-year-old self and I’ve never forgotten it.

So, when I heard that the Afghan Whigs would be releasing Do to the Beast, their first new album in over 15 years, I held onto the hope that I would get to meet/speak with Dulli and try to get a better sense of the man who (unintentionally) helped to shape my musical career. As fate (and my unflinching persistency) would have it, I got on the phone with Dulli last week and I tried my best (but failed) to not sound like the total fanboy that I am.

Rishi Dhir: First off, I absolutely love the new album. The groove/drum beat on “Matamoros” is amazing!
Greg Dulli: Thanks! I wholeheartedly agree.

RD: What were the defining bands for you growing up? My older brother had a big a role in schooling me in music. Did you have a similar experience?
GD: I grew up in Hamilton, OH, 25 miles north of Cincinnati. I’ve been listening to soul music since I was a kid, so that was already in there. I was also listening to a lot of Led Zeppelin and Lynyrd Skynyrd like a lot of other 7/11 parking lots kids. I didn’t have any older brothers or sisters. However, there were about 10 of them in my neighbourhood. They were smoking pot when I was 12, they all played guitar and girls were always coming over and hanging. In many ways they were already rock stars. It was all very Dazed and Confused — that was pretty much my life.

RD: When did you start writing songs? What’s your songwriting process?
GD: It probably started when I was 14 years old; it seemed like a natural thing to do. I was playing in a band and we had a riff that we liked, and I was like “Oh, I’ll write some words for that.” It was very fulfilling and de-mystified the process for me. For anyone who listens to a song and wonders how that happened, I gave myself a look at it. It answered a question and ended up planting a seed in me at the same time.

Writing a song is not like building a birdhouse; each one is different and you just have to let it do its thing. A lot of times you have to get out of the way and let the song do what it’s got to do.  You can guide it, but sometimes you gotta let it guide you. There are a million ways to write a song. ■

Do to the Beast is out now on Sub Pop Records.