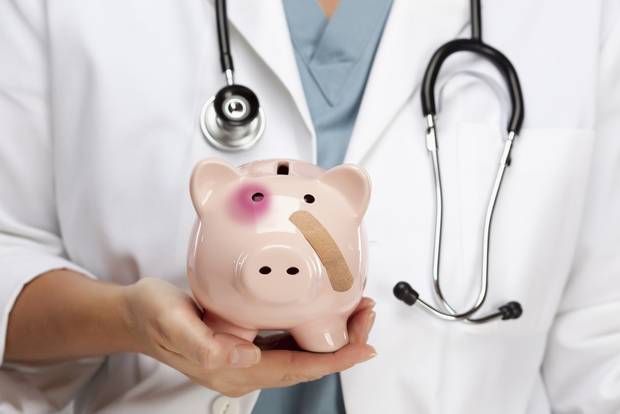 I was thinking about building a bridge, but I don’t have enough money. Would you mind, gentle readers, making suggestions about what parts of the bridge I should leave out? Not the girders or the deck, obviously. Not the entrance ramps, guardrails or trusses, either. In fact, forget about suggesting anything major because:

a) I have already thought about and rejected the idea (come on, you didn’t think you were the first to suggest it, did you?); or

b) I have already agreed to a plan that contains your suggestions, though I won’t admit it until after you are “consulted.”

Silly scenario, eh? But that’s basically what Quebec Treasury Board President  Martin Coiteux proposed yesterday in launching a program entitled “Express yourself.” (My translation. The only one you’re going to get, it seems, since the “Exprimez-vous” website is only available in French).

The site is hosted by the Commission de révision permanente des programmes, the blue-ribbon, red-tape panel of academics and bureaucrats that the Couillard government set up this summer to find ways to cut $3.2-billion a year from government expenses.

This glorified suggestion box is all part of the “social dialogue” component of the cutback strategy, a public relations exercise designed mainly to give you the impression that your opinion matters.

Of course, it doesn’t matter one whit. Like the web-based consultation the Parti Québécois held on its Charter of Values, it will mainly draw people who are already supportive of its basic mission. In this case, that means people who believe drastic cuts in services are necessary. Sure, they may disagree — likely along traditional liberal vs. conservative lines — over where the fat lies in government expenditures, but they will all contribute to legitimizing the neo-Liberal agenda behind the CRPP.

That’s really the only purpose of the suggestion box: to co-opt people into the process and to give it a patina of public approval. Okay, it might produce a few innovative suggestions that may even save a few hundred million here and there, but that’s pocket change to a government that budgeted $97.4-billion in expenditures for 2014-15.

I’m not saying that the public shouldn’t be concerned with needless spending, I’m just suggesting that any significant improvement in efficiency would require a major overhaul of the government apparatus, whose complexities are often beyond the ken of us poor mortals. Among the structures crying out for reform is the health bureaucracy. Its medical fee structures are an example of social engineering gone haywire and its megalithic maze of regulations chew up vast chunks of human resources that might otherwise be dedicated to, I dunno, healing people?

Obviously, we’re not going to find the solutions to major structural problems via an organizational chart someone stuffed into the suggestion box. Nor will it come from the CRPP’s meetings with unions, youth, social movements, government managers or employees. These people have all been put on the defensive by a process that sets arbitrary financial targets, to be achieved within a narrow time frame.

It’s a little like telling passengers in a lifeboat to draw straws because a food shortage means 10 per cent of them won’t make port — as opposed to asking them to work together on a plan to get everyone home safely.

Meanwhile, the Exprimez-vous site will act as a sort of impopularity contest, pinpointing services that can be removed with the least fanfare or protest. Great sport, perhaps, but it’s nothing more than a diversion to keep the public from thinking about the kind of fundamental change that’s required to wrestle government from the vested interests of an entrenched elite.

Nearly 44 cents of every tax dollar goes to finance health and social services. As the population ages, pressure on this sector will continue to grow. Pretending we can control the budget with spending cuts is insane. We need to raze the system and rebuild it rather than looking for ways to patch it up. We need to remember that the staff we cut today will be needed tomorrow, that when we deprive citizens of preventative services, today’s savings become tomorrow’s debt.