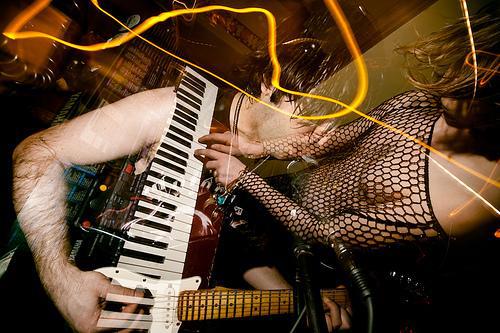 The festival is organized by Tasha Class, a musician originally from Vancouver who plays in a band called Melted Faces with her boyfriend (who, incidentally, designed the festival’s trance-inducing artwork). Psych Fest, now in its third year, grew out of her handling the booking for her band’s shows, though they’re not playing this year due to their recent style shift away from psych and towards punk.

Class is very particular about booking the right bands, despite how broadly “psych” can be defined — you won’t see any classic rock cheese here, but there’s plenty of fiery garage, neo-krautrock and experimental pop.

“Psych to me means being a little bit wild and crazy and different,” she says. “We wouldn’t just book a standard garage band — it’s gotta be a little badass, a little out there.”

Though there are clearly more than five reasons to get to Montreal Psych Fest this weekend, below is a sampling of the super sounds that this festival has in store. Watch, listen, learn (then go see them for yourself!):