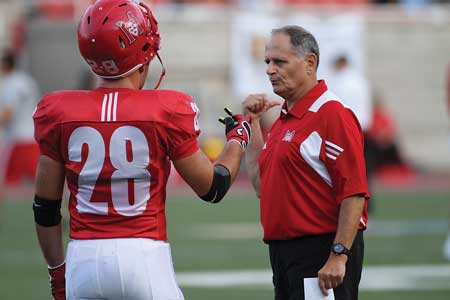 Unnecessary roughness: There’s been considerable talk lately about NFL players in legal troubles over spousal and child abuse cases, but this week a similar incident hit closer to home, when McGill Redmen running back Luis-Andres Guimont-Mota was charged with assaulting his wife. He plead not guilty, alleging that he was the victim, and not the other way around.

Hydro playin’: The supposed moneymaking natural resource crown jewel of our province, Hydro-Québec, wants to jack up prices to the tune of 3.9 per cent. This comes after increasing rates by 4.3 per cent last year. The province’s energy minister, Pierre Arcand, is concerned with the hike and wants them to check their numbers again.

Hydro playin’ II: Electricity boogaloo: Oh, we’re not done with Hydro malfeasance. Remember those new smart metres, the ones they’re force-installing down everyone’s throats, the ones people can’t read on their own? Grumbling about those inscrutable metres giving out false readings, leading to clients being overcharged, are starting to get louder.

Quota quashed: You wouldn’t know it talking to perturbed drivers and cyclists, but the police gave out fewer tickets this summer compared to last. To make up for the 35 per cent drop in “revenues,” Mayor Denis Coderre wants the police brotherhood, who he thinks issued less tickets as a protest tactic in their Bill 3 stalemate, to pay up. ■