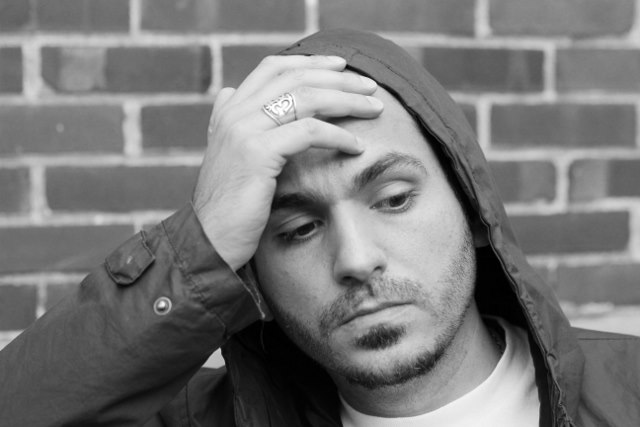 In a city ripe with hip hop talent that struggles to find both direction and an audience, Montreal producer/MC Jai Nitai Lotus’s path – which, musically, stretches way, way behind his 2012 breakthrough LP, Something You Feel – has been a serendipitous one. Something he feels is something you feel, something we all feel, and that surely accounts for his hard-earned success, but that ain’t all.

Nitai has a drive to create that won’t break, and so as he gathers together new material for his next full-out studio venture, he’s keeping the momentum going with a new mixtape project, a new take on his acclaimed, Jazz-Fest-approved live-band show, and a new video, all launching tomorrow night at Petit Campus with guests Vox Sambou, Andy Williams & Scott C and KenLo.

These are extremely busy days for one of the city’s hardest grinding, and so despite the fact we live mere metro stops away, we caught up fast by email this week to get you in the know with Acknowledgement.

Darcy MacDonald: You’ve told me that the amazing reception for Something You Feel was beyond your expectations. What sort of motivations and pressures did that present with the new project, Acknowledgement?

Jai Nitai Lotus: Yes, I’m very grateful for the positive response. It’s motivating when you release something like the SYF project, which was really uncompromised art. For it to be received well is a testimony in itself. But the biggest pressure usually comes from within. I’m really particular about having a complete vision for things, so it requires a lot of effort. It’s a life work of mine to try not to have high expectations, but aim high. I’m learning those expectations can cloud your vision from what’s really going on.  Hopefully I can apply this realization this time around.

DM: Why a mixtape concept this go-round?

JNL: The idea of doing a mixtape has grown on me, due to the evolution of what a mixtape is nowadays. Cats are dropping mixtapes that sound better than their albums. I started being interested in crafting one, and already had a couple tracks in the bank from feeling inspired some late nights in the studio.  While looking at the Coltrane A Love Supreme record on my wall, the title Acknowledgment connected with the idea that I would be acknowledging other artists that I draw inspiration from, and the source of inspiration, the Creator. It came about very naturally.

DM: Who were some of the local contributors on the beat and vocal tip, along with the mixtape-style sources?

JNL: There are lots of local heavyweights on this project! On the productions: Shash’U, Kenlo and Chris RT. On vocals: Sam I Am Montolla, Karma Atchykah, CeasRock, the Narcicyst and Vox Sambou.  I also flip songs from a range of artists: Georgia Anne Muldrow, Stalley, Thundercat, Hiatus Kaiyote, Kanye West, Pusha T and Flako.

DM: I  was unaware until you mentioned it that you had given up most of the beat duties here to collaborators as opposed to self-producing. Why? And how did that free you up, or tie you down?

JNL: I actually still produced three songs for this project, and it still required a lot of chopping and arranging. But yes, compared to Something You Feel, I produced a lot less. Again, it happened very naturally in that I just wanted to rhyme on this, or had an idea for that. It did free me up in terms of being so involved in every aspect of each song. Ultimately it was a lot of fun.

DM:  What are your standouts or favourite jams on Acknowledgement, and why?

JNL: That’s a hard question.  Every song matters to me, and serves equal purpose. But I’m gonna mention two that were a big challenge for me, so they hold a different sense of accomplishment.  One is “Honest,” a flip of Pusha T’s “Numbers on the Boards.”

This song is one of the reasons I put out this project, in that it’s possible to make dark, aggressive, non-corny-sounding positive music.

The other one is a Thundercat flip I called “Ends in Transition” and the time signature is a bit crazy. I expressed a lot of different emotions and injustices on it that I think about often. The type of ish you see when looking in your daughter’s eyes and they tell you, “Daddy, look out for the children of the world. They so damaged by the ways, it’s outlandish…”

DM: Tell us about the new show. What can we expect Friday?

JNL: I’m launching the Acknowledgement project, as well as premiering a new video “Noir,” featuring Vox Sambou, Sam I Am Montolla, produced by Kenlo.  I will be performing the new project with my live band, made up of incredible Kalmunity musicians.  Vox Sambou will be also putting on a killer set with his live band. Then we got the Goods, Scott C & Andy Williams holding down the music for the night. You’ve got to be there, it’s going to be beautiful, and hopefully life-changing! ■