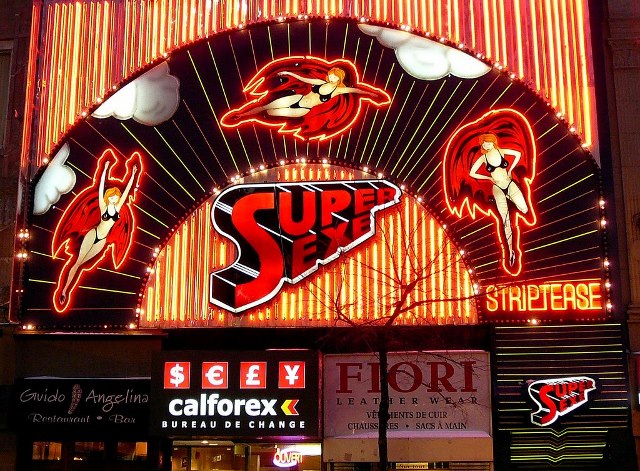 Tit for tat: It was supposed to be the cliché Montreal bro-cation of their dreams. Instead, a pair of men from Connecticut are suing Club Super Sexe for $860,000 for allegedly getting roughed up by their bouncers over an inflated bill. We guess that that would cover an uninsured American’s medical bill.

Travel advisory: If you’re going to rent out your abode to Airbnb users, you might want to clear it with your landlord first (or at least know they won’t be dropping by unannounced). Landlord Manon Letarte Pettas walked in on a gaggle of Osheagans staying at the apartment of one of her tenants last week, and needless to say it dredged up the whole murky legal situation regarding the popular travel site.

Please stop the Muzique: This week in “things Alex Norris isn’t fond of,” the Plateau councilor has asked the liquor board to remove Main club Muzique’s permits. The club had its permit suspended earlier in the year because of all those pesky brawls that seem to break out there. Muzique’s owners deny their club is a hang-out hub for organized crime.

Tough times for St-Denis: Everyone’s always bemoaning the boarded-up storefronts on the Main, but over yonder on St-Denis, things are apparently not looking much better. The usual culprits are being cited by struggling merchants: High rents, not enough parking.

Bounced: Eugenie Bouchard’s triumphant homecoming came to a premature end on Tuesday, when the Wimbledon finalist and Westmounter lost her first match of the Rogers Cup to the 113th best player in the world. Bouchard looked out-of-sorts and frustrated in her first on-court action since Wimbledon. ■