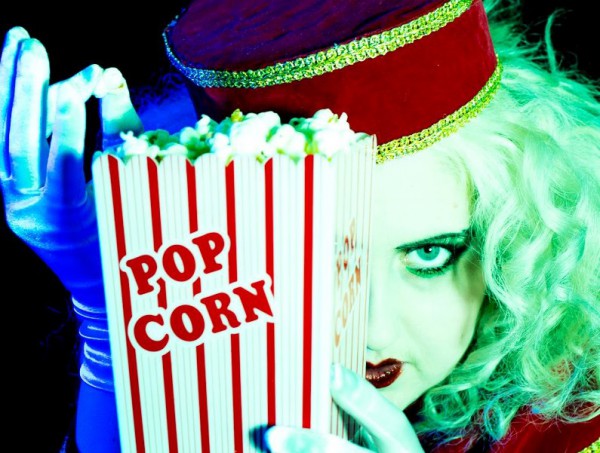 Fantasia may be over, but genre film fans with an insatiable hunger can feast upon the offerings of the fifth edition of the Mascara & Popcorn festival & competition, kicking off tonight at Bistro de Paris.

This short-film fest focuses on works by emerging filmmakers both local and international. This year’s jury is presided over by the indefatigable Mitch Davis (Fantasia’s co-director), who has to choose from a cornucopia of shorts that range from body horror to dark comedies and straight-up gore. Split between MainLine Theatre (3997 St-Laurent) and Bistro de Paris (4536 St-Denis), Mascara & Popcorn offers four days of celebration of dark art in all its forms.

The festival kicks off tonight at Bistro de Paris with a Black Carpet event that features live performances by Commander Clark, dark cabaret musician Alex Robshaw and burlesque troupe Candyass Cabaret. Montreal Etsy artists will be on-site, and Bistro’s usual Thursday night karaoke, provided by Turbo Micro (formerly of the late Jackie & Judy), will be happening, too. Tickets are still available for this event, hosted by Freaky Miss T and Yordevil, for $15. Doors open at 5:30 p.m.

Screenings of short films (both in and out of competition) begin as early as 1 p.m. on Friday with the Friday Brunch (at MainLine), showcasing comedic and more light-hearted shorts. At 4 p.m. the Tainted Love program focuses on affairs of the heart both tortuous and life-affirming. Friday finishes with the Edge, a program of heavier shorts that eventually leads into the Festival Roundup, a roundtable discussion focusing on the events covered that day. All screenings cost $10 — tickets are still available here.

Saturday’s proceedings begin at 3 p.m. with the Strange Days ($10) program focusing on genre films encompassing sci-fi, post-apocalyptic dystopias and the undead; that program eventually gives way to the self-proclaimed “merciless” Grindhole ($15) segment at 7 p.m., featuring the most extreme films the festival has to offer. Head on over to Katacombes (1635 St-Laurent) for the afterparty (titled Nevermore), featuring music by the Scroll as well as DJ sets by DJ Faith and Rocket Boi — the cover charge is $6.

Mascara & Popcorn ends with a bang with its Sunday night awards ceremony, hosted by Freaky Miss T and Yordevil, as well as live shows and performances and a special Zombie Karaoke event MCed by the ever-freaky Freaky Miss T. Entry to the awards ceremony costs $15 and the karaoke $10, though attendance is free for all M&P ticket holders.

Anyone suffering from a heavy Fantasia hangover or a desire to see some cutting-edge independent filmmaking should certainly have their needs met with the line-up of this year’s Mascara & Popcorn festival. A few festival passes are still available for $60 a pop over here. ■