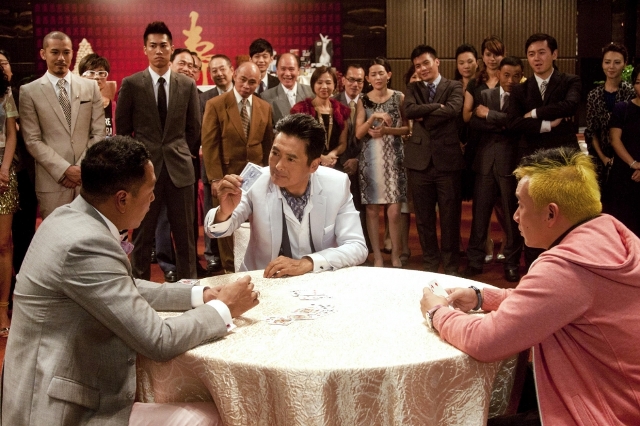 From Vegas to Macau

From Vegas to Macau

When Chow Yun-Fat broke out internationally with his roles in John Woo films like The Killer and Hard-Boiled, it gave him the opportunity to star in American films. To the eyes of many, he promptly squandered this opportunity by starring in silly popcorn flicks like Bulletproof Monk and The Replacement Killers while keeping a more respectable career in his native Hong Kong. What From Vegas to Macau proves is that Yun-Fat is more than capable of starring in silly popcorn movies on his home turf.

Yun-Fat takes the Charlie Sheen / Lloyd Bridges role in this spoofy gambling comedy where he plays Ken, a professional gambler who helps out his surrogate nephews Cool (Nicholas Tse) and Karl (Chapman To) after their father is killed by a crimelord. Although the plot is very much mired in the Hong Kong action tradition, the actual film is more concerned with pratfalls, spit-takes, silly sight gags like grotesquely-pulled CGI nipples and the generally anarchic sense of humour you’ve come to expect from people like Mike Myers.

It moves at a hyperactive pace, often dipping into nigh-incomprehensible referential humor (the characters break the fourth wall more than once to call the director fat) and barreling through dialogue so rapidly that the subtitles often can’t keep up. It certainly has memorable moments but the experience of watching it is more akin to a hyperkinetic mental workout than a comedy. Yun-Fat’s clearly having a ball — if you’re familiar with the cultural landscape of Hong Kong, you may find the jokes about how gross it is for your ex-girlfriend to be your age when you’re 60 funny. For everyone else, though, it sure is a colorful heap of not much. (Alex Rose) 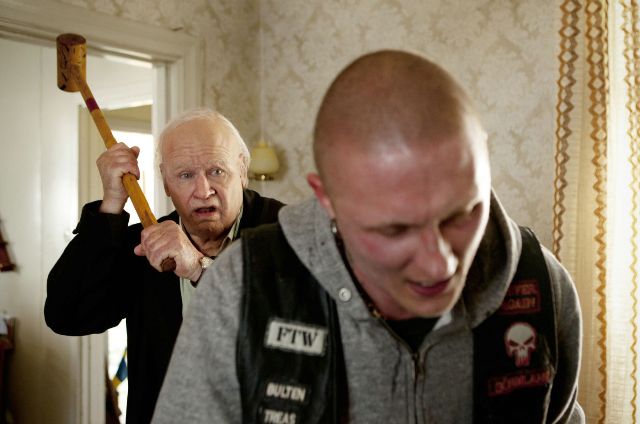 The Brits often claim to be top dog when it comes to irony and black comedy, but they might be underestimating those darkly sardonic Scandinavians. This adaptation of Jonas Jonasson’s 2009 debut novel of the same very long name mixes hints of that acerbic Swedish wit with a goofball Forrest Gump-type story of a centenarian who, well, climbs out the window and (kinda) disappears.

Swedish comic Robert Gustafsson, caked in old-man make-up, plays Allan Karlsson, the 100-year old man in question, who escapes from a retirement home on his birthday and inadvertently hops on a bus with a thug’s money-filled suitcase. This sets clueless cops, stupid gangsters and a very pissed-off drug lord (played by perpetually pissed-off-drug-lord Alan Ford) hot on the old guy’s trail, while he remains unaware and unperturbed by it all. Flashbacks reveal how Karlsson’s aloof naivety, combined with his love for explosives, have gotten him into a whole bunch of pickles involving many famous tyrants including Franco, Stalin and Reagan.

With this kind of plot, it’s hard not to be entertained. Gustafsson, the so-called “funniest man in Sweden,” nails the part of the uncaring old man (maybe because his facial expressions are frozen by layers of make-up). Considering the inventive and colourful storyline, one can’t help thinking that director Felix Herngren held back a little. Although it’s definitely funny and amusing, it could have been much more absurd and grandiose for a movie that includes Stalin off his tits and the making of the atomic bomb. (Roxane Hudon) 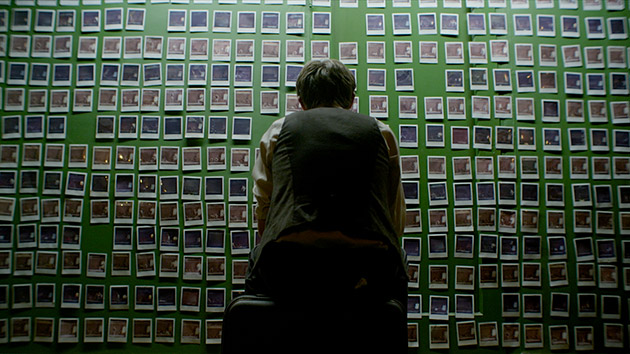 One of several time-related films at this year’s festival, Time Lapse is about a trio of roommates who find a neighbour’s invention, a device that takes pictures of the future in the form of a camera aimed right at their apartment. Two of the roommates, Jasper (George Finn), a gambling addict, and Finn (Matt O’Leary), a struggling artist/building manager, decide to take advantage of the machine. Inevitably, greed, jealousy and fear ensue, especially when others (like Jasper’s bookie, for example) become involved.

The increasingly dangerous situation the characters find themselves in is compounded when the relationship between Finn and Callie (Danielle Panabaker) evolves into a love triangle that includes Jasper. The three find themselves obsessed with viewing the photos of the next night’s events, and the machine’s effect on their behaviour goes a long way toward answering the film’s key question: can you change the future once it is known to you? As the movie darkens in tone, the trio’s existence becomes increasingly tied to realizing their futures, and the terrifying repercussions therein.

Time Lapse is a bit slow at times, and is not always as engaging as it could be. The performances are somewhat variable, though Matt O’Leary excels in his underwritten sensitive artist role; he has a seething intensity even when he isn’t doing a thing. Nevertheless, the film holds your attention as you wait to see the realization of some of the more cryptic Polaroid predictions. It culminates in an interesting twist, which may undermine or elevate the narrative, depending on your point of view. The movie is certainly a strong feature debut for director Bradley King, and well worth your time. (Katie Ferrar & Mark Carpenter)